The Ghost In A Shirt Left An Orange Globe Behind

A ghostly tale today from Maureen, who sent this by email after reading Daisy The Gentle Ghost Who Loves Dogs. The difference being that Maureen was frightened by her experience whereas Daisy was a gentle, almost loving ghost. 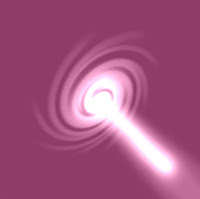 By 'coincidence' a friend told us his father had died and we could use his now empty flat (apartment) to stay overnight. It was only about 10 minutes from the airport. What's more we could also leave our car there as well.

I was reading away and glanced up and saw my husband walking down the hall-way. It looked like he was just wearing his shirt and nothing else, which was a bit odd, but I thought no more about it. I imagined he was going to the kitchen for a drink of water or something.

Further Reading:
The Ghost Of Granny And Her Revenge
Speaking To My Dead Father
Daisy The Gentle Ghost Who Loves Dogs