Exclusive Photos Of The Stonehenge Mystery 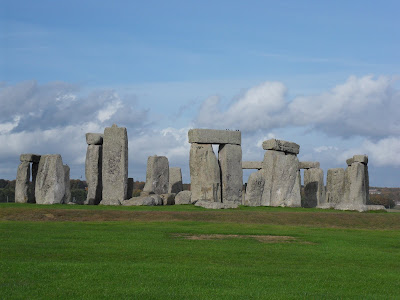 My wife and I have been away for about twelve days visiting various places that interest us, one of these being Stonehenge.

Here are a selection of photos I snapped of these ancient monuments. Unfortunately they were taken further away from the stones than I would have wished. Visitors are now kept from getting too close - which is a shame. Luckily, on previous visits, I have been able to touch and walk under the stones - which is how things should be - but times have changed. 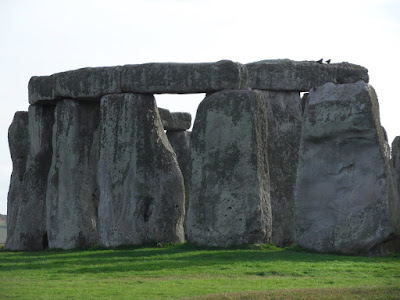 Explanations as to why Stonehenge was erected are numerous, from the ridiculous (an ancient racecourse, a war memorial, the tomb of Boadicea, erected over a corn circle etc.) to the possible (energy centers, as astronomical alignments, for religious rituals etc.).

The 'official' line is that it is a 'survival from a prehistoric culture now lost to us. The monument evolved between 3,000 BC and 1,600 BC. It is aligned with the midsummer sunrise and midwinter sunset, but it's exact purpose remains a mystery.' 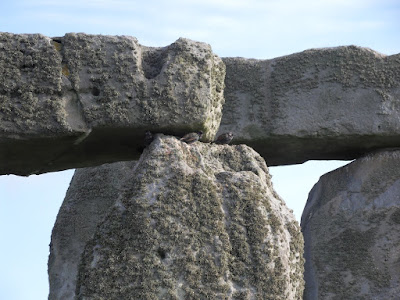 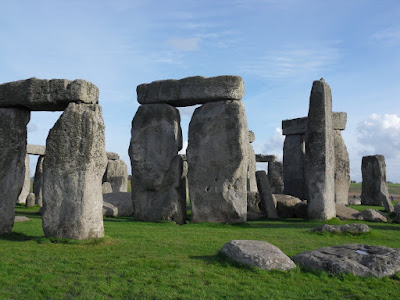 The photo below indicates how the stones were erected by people who were familiar with making things out of wood. To the left of the picture there is a single stone with a small rounded part on the top.

This stone would have once held a lintel, which would have had a hole into which the rounded part would have fitted - a form of a rustic carpentry joint. 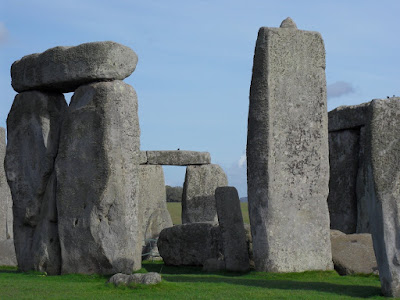 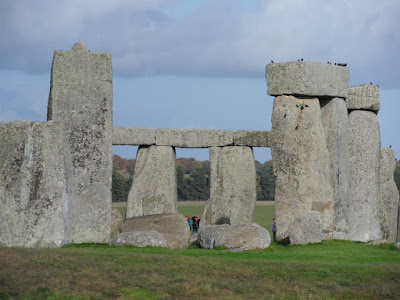 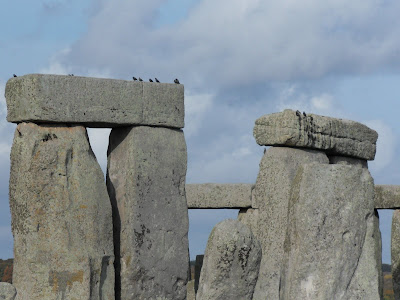 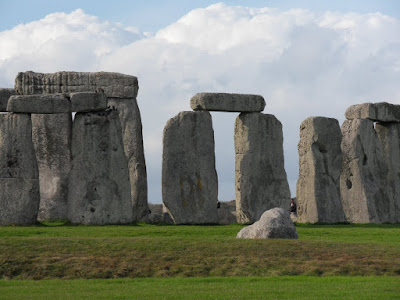 There's something in the sky to the right of the photo below - not a UFO surely! 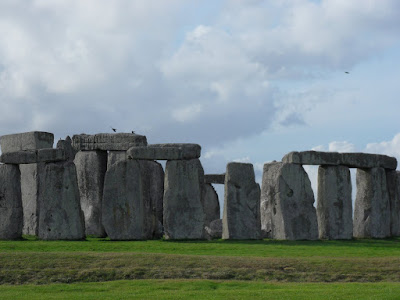 The weather changed while we were at Stonehenge, as can be seen by the colour of the sky and the lengthening of the shadows. 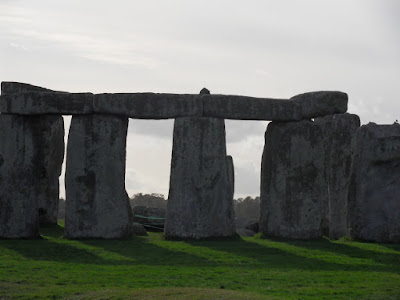 The photo below shows the 'Heel Stone' which is about 40 yards (37m) outside of the main circle of stones. This is what is featured in the Druids celebrations at Midsummer.

Standing in the center of the circle at this time watchers can see the sun rise in line with the Heel Stone. At sight of the first rays the Druids declare, "Arise, Oh Sun! Let the darkness of night fade before the beams of thy glorious light!"

Though the Druids seem to have adopted Stonehenge they weren't in existence at the time the stones were erected. So it wasn't them who built the circles, as is often believed. 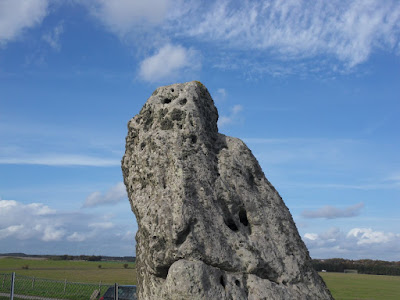 And finally an artist's impression of how Stonehenge would have looked in it's prime. This would have been some time between 3000 BC and 1600 BC.