Yo-Yo Coincidence WhichTurns Back The Years 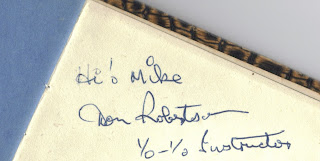 This is another re-post from the beginnings of this blog. It isn't a big flashy coincidence but nevertheless, as it was personal, it impressed me at the time.

An autograph I did notice, as I absent mindedly flicked quickly through the pages, was one of somebody called Don Robertson who wrote in my book, "Hi Mike, Don Roberston Yo-Yo Instructor."

I didn't think any more about this until I was watching The One Show on (UK) television the same night as I retrieved the autograph books. Who did they bring on as an odd interest item? Yes, an 81 year old Don Roberston!

Seemingly Don is still technically the reigning yo-yo champion because the title has not been contested, since he won it many years ago - and I've got his autograph! Small world. 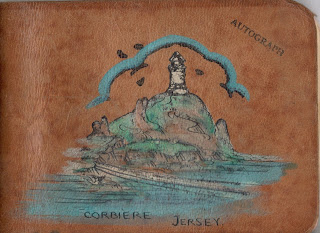 I feel that such coincidences show how ten, twenty, forty or hundreds of years apart are all linked and threaded together. In some respect time is meaningless.