The Most Wonderful Wonder Of The World 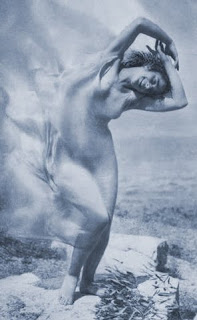 In one of the world's oldest religious pieces, the Mahabharata, a question is asked of a Sage, "Of all the wonders which is the most wonderful?"

The answer was, "That no man, although he sees others dying around him, believes that he himself will die."

When you think about it, this is very true. Most of us feel that we will continue forever, despite what we witness. And it is this that feeds religions the world over. It does so because, if we look deep inside, we 'know' that we are immortal. Even very primitive man sensed and therefore knew this was true.

The Indian Vedas written 1500 years before Christ described a continual process of death and rebirth - reincarnation in other words.

They claimed reincarnation was necessary for man to work out his karma. Man pays or reaps in his next lifetime what he does in his present lifetime.

This formula is also explained in Christianity with, "Whatsoever a man soweth, that shall he reap also."

Though many will dispute this for obvious reasons, reincarnation or rebirth was also part of the Christian religion until 553 AD when the Second Council of Constantinople made the change.

Ancient Egyptians of the Osirian faith told of a philosophy for man's existence in the next world, as recorded in the Book Of The Dead.

Karma or some from of Judgement appears in most religions as does reincarnation. Jesus said, "He who hears my word and believed him who has also sent me has ever lasting life; and he does not come before judgement, but he passes from death to life."

The Tibetans also have their Book Of The Dead, parts of which are recited to those on their deathbed to help then free themselves from rebirth on Earth.

Plato believed that only when the soul is liberated from its body by death can it fulfill it's destiny.

Plotinus said that the soul of every man is divine and never loses contact with God.

Thomas Aquinas wrote, "While the soul is fitted with a body in this life, it derives the objects of its knowledge from the bodily senses but, since its intellectual activity in its essence is purely spiritual, it is possible for it to understand in another way when it is separated from the body."

Spinoza in his Ethics tells us, "The human mind cannot be absolutely destroyed with the body as something of it remains which is eternal."

And so it goes on: Kant, Steiner, Emerson, Eckhart, Boehme, Krishna, Swedenborg and many, many more believed in the immortality of life. This surely isn't by coincidence.

It really is one of the world's most wonderful wonders: that we should believe that we will not die.