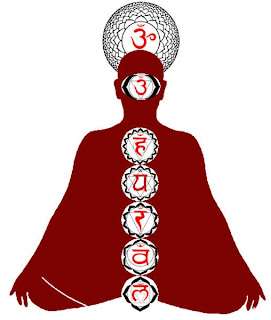 I've always been interested in human energy and if it can be controlled or increased. I feel we could all live much, much longer lives if we could properly unravel the secret of prana or chi - as some call this energy.

This came to mind recently when researching more on George Ivanovitch Gurdijieff. I mentioned him in my post Get Keyed Up Said The Witch And Gurdjieff Agrees. He's the bloke who reckoned that we mostly sleep our way through life on automatic.

What I came across was that Gurdjieff appears to have been able to control this energy to revitalise himself and others. The following is a piece from Fritz Peters, who met up with Gurdjieff while he was on the verge of a nervous breakdown.

"When we reached Gurdjieff's apartment, he led me down a long hall to a dark bedroom, indicated the bed, told me to lie down and said, 'This is your room for as long as you need it.'

I laid down on the bed and he left the room but did not close the door. I felt such enormous relief and such excitement at seeing him that I began to cry uncontrollably and then my head began to pound. I could not rest and walked to the kitchen where I found him sitting at the table.

He looked alarmed when he saw me, and asked what was wrong. I said I needed some aspirin or something for my headache, but he shook his head, stood up, and pointed to the other chair by the table.

'No medicine,' he said firmly, 'I give you coffee. Drink as hot as you can.'

I sat at the table while he heated the coffee and then served it to me. He then walked across the small room to stand in front of the refrigerator and watched me. I could not take my eyes off him.

I remember being slumped over the table, sipping at my coffee, when I began to feel a strange uprising of energy within myself - I stared at him, automatically straightened up, and it was as if a violent electric blue light emanated from him and entered into me. As this happened, I could feel the tiredness drain out of me, but at the same moment his body slumped and it was as if he had been drained of life.

I looked at him, amazed, and when he saw me sitting erect, smiling and full of energy, he said quickly: 'You are all right now - watch food on stove - I must go.'

There was something urgent in his voice and I leaped to my feet to help him but he waved me away and limped to his room.

I was convinced that he knew how to transmit energy from himself to others.

It also became obvious within the next few minutes that he knew how to renew his own energy quickly. I was amazed when he returned to the kitchen to see the change in him: he looked like a young man again, alert, smiling and full of good spirits."

Gurdjieff had learned how to transmit and receive energy. If one man can do this so can we all.

Energy takes us into the world perhaps of Chakras and the like within the body. There is a lot of information on this on the Internet so I'm not about to dish up a recipe. But if we can take the time to learn to fully wake up, who knows, we may just find the secret to lasting health and extremely long lives.

Further Reading:
Slow Down Your Heartbeats To Live Longer
Gey Keyed Up Said The Witch And Gurdjieff Agrees