In Search Of The Birth Of Spirits At Eden 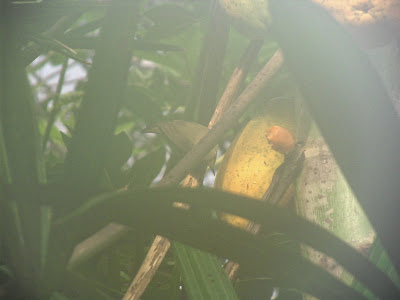 As my wife and I walked through the forest in search of the Birth of Spirits rock painting it was hot. So hot it was almost steaming, we could barely make out the small bird feasting on some sort of fruit in the trees (photo above). 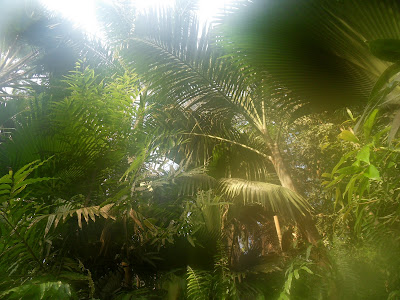 Gradually, as we continued walking, things became clearer and a small stream somehow guided the sunlight through as it mastered its rocky river bed. 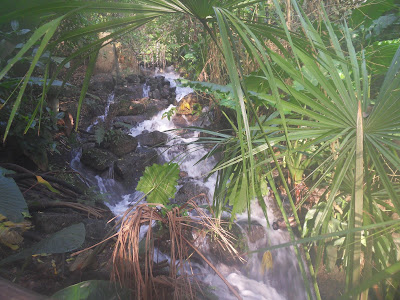 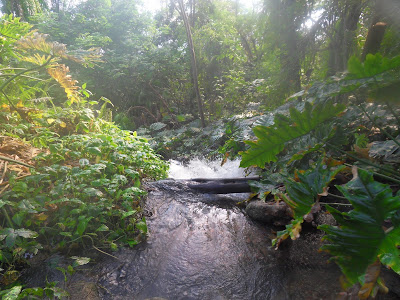 Suddenly, there it was. The picture we had hoped to find painted on the rocks - the Birth of Spirits (photo below).

The story is that when the spirit was born, all the flowers and plants were also born. The first were Tobaco Bravo to purify and Campanita del Campo to announce the birth. The sun and moon are shown giving energy to the birth. 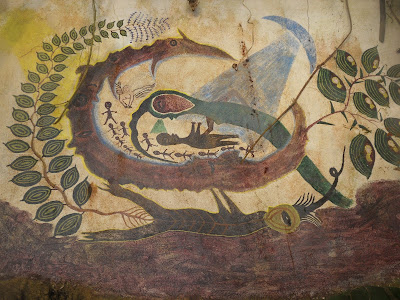 Pleased with our find we continued on our way and passed a bamboo hut (pic below) where we were invited inside to rest. 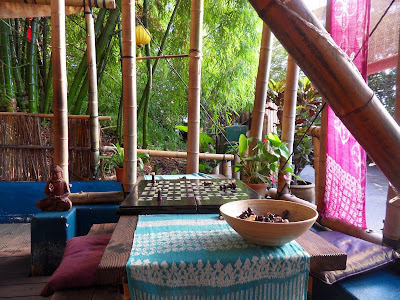 Nearby was a stall (below) with bananas and other herbs and spices - it seems that the banana is actually a herb. I didn't realise this. 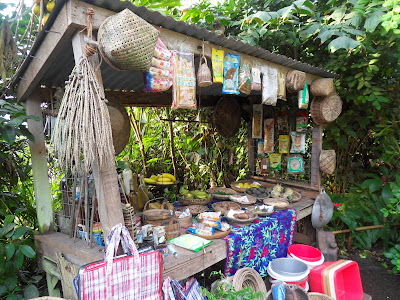 A little further we discovered a gathering of wooden totems and also some unusual forest flowers growing high in the trees. 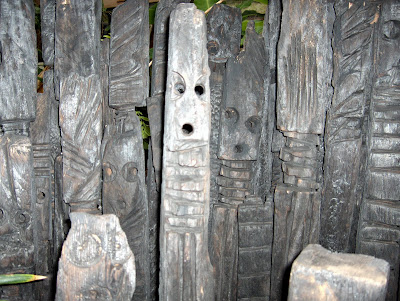 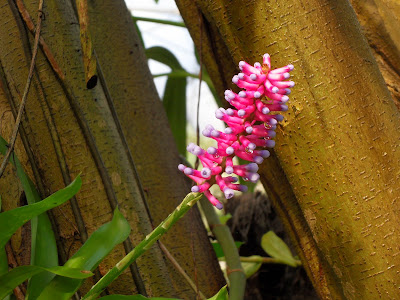 There is no getting away from it, the Eden Project in Cornwall, England holds a host of mysteries - including an enormous bee happily collecting nectar beside the huge biomes that hold many of the exhibits. 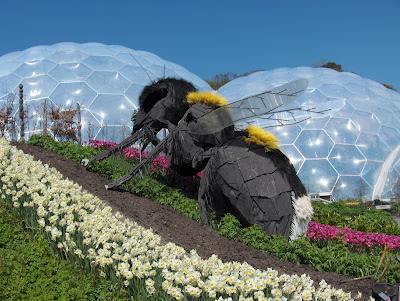 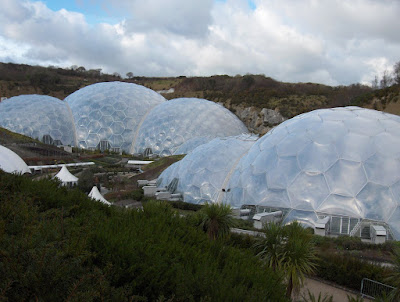 But there is much more to Eden than this. There are the gardens with a multitude of flowers and plants, depending on the season. And to think that this whole project has been built within an old deserted clay pit and is now a major visitor attraction.

There is also the Core learning centre (two photos below) with all sorts of interesting items about plants and the environment in general. 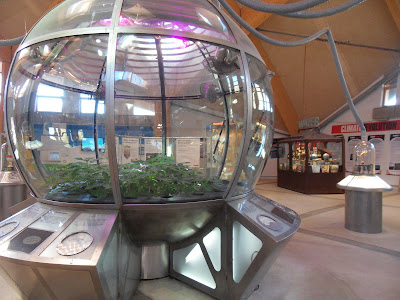 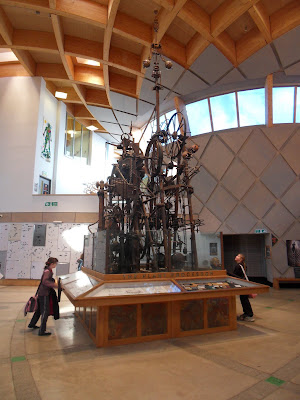 The Core also houses the Seed sculpture (pic below) made from a 167 tonne block of Cornish granite. This took two years to complete and had to be lowered into position by the largest crane in Europe.

The quote is that the Seed 'carries nature's design blueprint and pays homage to working with the grain of nature. It serves as a reminder to us all - forever - encouraging respect and a duty to hope for the future.' 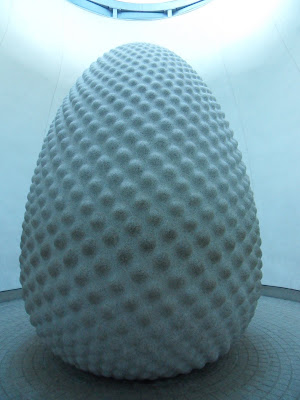 On our last visit to Eden there was also an art exhibition: 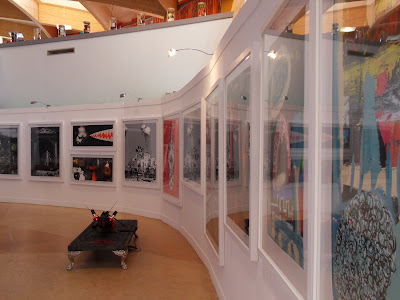 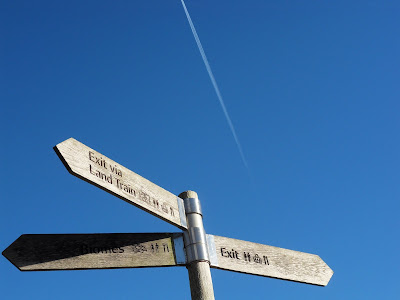 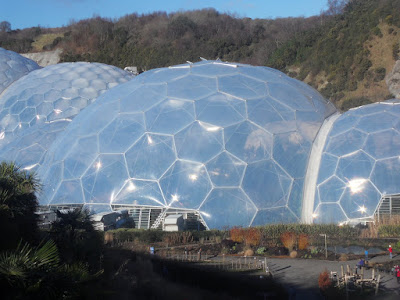 My wife and I, and my son and family, often visit the Eden Project as we are lucky enough to have passes for a year (otherwise it would cost £18 [about $25] per adult per visit). Our six month old grandson has already been twice. Not on his own, of course! Hopefully he will grow with a respect and love of nature and the environment.

Other Eden Project Posts:
The Rites Of Dionysus The God Of Wine
The Giant Rubbish Alien Monster