The Murder Coincidences As History Repeats Itself 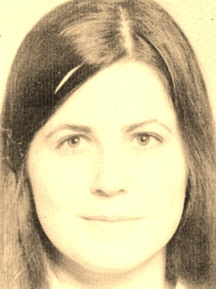 This is a remarkable coincidence story that I haven't mentioned before. It features the murder of two 20 year old girls - but the killings were 157 years apart. Is this a case of history repeating itself or maybe even reincarnation?

It was May 27 1974, a May Public Holiday, and the semi-naked body of twenty year old Barbara Forrest was found in Birmingham, England on parkland.

In the evening Barbara had been out with her boyfriend to several pubs in the Birmingham city centre. Afterwards she made her own way home by the number 67 bus while her boyfriend caught a bus to take him home in another direction.

Barbara's body was found, just 500 yards from her home, in a shallow ditch beneath bracken. A murder investigation swung into action led by Detective Superintendent Mick Lenehan.

The problem was that no one remembered seeing her on the 67 bus. It turned out that her boyfriend left her at the bus stop, but didn't see her actually get on the bus.

The work by more than 100 detectives appeared to have eventually paid off when they arrested Michael Thornton and charged him with murder.

Seven days into Thornton's trial he was acquitted. The judge ruled that the evidence against him was only circumstantial. 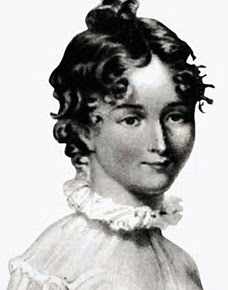 Now we turn the clock back even further to 1817, still in Birmingham, again on the same May Public Holiday. There was another murder, that of twenty year old Mary Ashford.

Mary had been out to a pub, the Tyburn House Inn. As the evening finished she made her own way home. Her body was later found lying submerged in dirty water. She had been sexually assaulted.

A farmer was arrested for her murder. His name - Thornton. He was sent for trial and was deemed to be not guilty.

Mary Ashford was buried in Sutton Coldfield churchyard. The inscription read: "As a warning to female virtue and a humble monument to female chastity this stone marks the grave of Mary Ashford who on the twentieth year of her age having incautiously repaired to a scene of amusement without proper protection was brutally murdered on 27th May 1817."

If we look at the two murders there are many coincidences:

(1) Both Barbara Forrest and Mary Ashford had the same birth-date, though 157 years apart.

(3) They had both been sexually assaulted and then strangled.

(6) For both murders a man called Thornton was arrested and sent for trial.

(7) Both men were acquitted of the murders.

(8) The week prior to her murder Barbara Forrest is quoted as telling a work colleague, "This is going to be my unlucky month. I just know it. Don’t ask me why."

(9) The week before Mary Ashford was murdered she told her friend's mother that she had, "Bad feelings about the week to come".

Are these simply coincidences, as many will claim, or is there something much more to them. Did history repeat itself, maybe for a reason? Was Barbara a reincarnation of Mary? Did they both sense their deaths? There are so many questions, none of which we can answer with certainty.