20 Opinions For And Against God 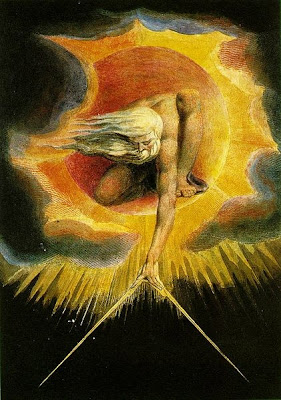 In Favour Of God

I believe in God, only I spell it "Nature".
> Frank Lloyd Wright

God is the great mysterious motivator of what we call nature and it has been said often by philosophers, that nature is the will of God. And, I prefer to say that nature is the only body of God that we shall ever see. If we wish to know the truth concerning anything, we'll find it in the nature of that thing.
> Frank Lloyd Wright in Truth Against the World

When we say God is a spirit, we know what we mean, as well as we do when we say that the pyramids of Egypt are matter. Let us be content, therefore, to believe him to be a spirit, that is, an essence that we know nothing of, in which originally and necessarily reside all energy, all power, all capacity, all activity, all wisdom, all goodness.
> John Adams in a letter to Thomas Jefferson

God is not a limited individual who sits alone up in the clouds on a golden throne. God is pure Consciousness that dwells within everything. Understanding this truth, learn to accept and love everyone equally.
> Amma

God, the supreme being, is neither circumscribed by space, nor touched by time; he cannot be found in a particular direction, and his essence cannot change. The secret conversation is thus entirely spiritual; it is a direct encounter between God and the soul, abstracted from all material constraints.
> Avicenna as quoted in 366 Readings From Islam

God alone is real, nothing matters but love for God.
> Meher Baba

When with bold telescopes I survey the old and newly discovered stars and planets, when with excellent microscopes I discern the unimitable subtility of nature's curious workmanship; and when, in a word, by the help of anatomical knives, and the light of chemical furnaces, I study the book of nature, I find myself oftentimes reduced to exclaim with the Psalmist, 'How manifold are Thy works, O Lord! In wisdom hast Thou made them all!
> Sir Robert Boyle

An outlook through this peephole [that manned space flight had opened] at the vast mysteries of the universe should only confirm our belief in the certainty of its Creator. I find it as difficult to understand a scientist who does not acknowledge the presence of a superior rationality behind the existence of the universe as it is to comprehend a theologian who would deny the advances of science.
> Wernher Von Braun

I believe in a spiritual world — not as anything separate from this world — but as its innermost truth. With the breath we draw we must always feel this truth, that we are living in God.
> Rabindranath Tagore 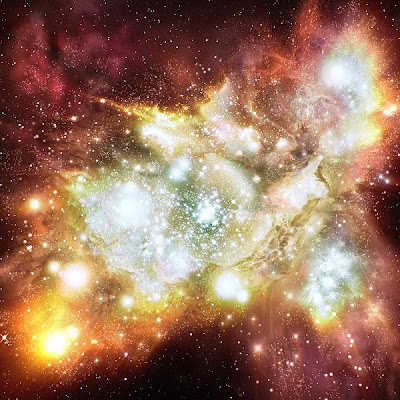 The Opposition To God

Not only is there no God, but try getting a plumber on weekends.
> Woody Allen in Getting Even

God was a clever idea ... The human race came up with a winner there.
> J. G. Ballard as quoted in 'The benign catastrophist'

To the lexicographer, God is simply the word that comes next to go-cart
> Samuel Butler

Religion easily has the greatest bullshit story ever told. Think about it. Religion has actually convinced people that there's an invisible man living in the sky who watches everything you do, every minute of every day. And the invisible man has a special list of ten things he does not want you to do. And if you do any of these ten things, he has a special place, full of fire and smoke and burning and torture and anguish, where he will send you to live and suffer and burn and choke and scream and cry forever and ever 'til the end of time! But He loves you. He loves you. He loves you and he needs money! He always needs money! He's all-powerful, all-perfect, all-knowing and all-wise, but somehow, just can't handle money!
> George Carlin

The God of the Old Testament is arguably the most unpleasant character in all fiction: jealous and proud of it; a petty, unjust, unforgiving control-freak; a vindictive, bloodthirsty ethnic cleanser; a misogynistic, homophobic, racist, infanticidal, genocidal, filicidal, pestilential, megalomaniacal, sadomasochistic, capriciously malevolent bully.
> Richard Dawkins in The God Delusion

God says do what you wish, but make the wrong choice and you will be tortured for eternity in hell. That, sir, is not free will. It would be akin to a man telling his girlfriend, 'Do what you wish, but if you choose to leave me, I will track you down and blow your brains out.' When a man says this we call him a psychopath and cry out for his imprisonment/execution. When a god says the same, we call him loving and build churches in his honor.
> Chuck Easttom computer programmer

I see only with deep regret that God punishes so many of His children for their numerous stupidities, for which only He Himself can be held responsible; in my opinion, only His nonexistence could excuse Him.
> Einstein in Letter to Edgar Meyer

God is dead. Marx is dead. And I don’t feel so well myself.
> Eugène Ionesco as quoted in Jewish American Literature

God is cruel, sometimes he makes you live.
> Stephen King in Desperation

Similar Recent Posts:
Twelve Thoughts On Inspiration
20 Zen Sayings And Proverbs To Ponder
Nine Questions Including The Most Difficult Of All

Email ThisBlogThis!Share to TwitterShare to FacebookShare to Pinterest
Labels: God, Thought Of The Day