A Proud Dad Thanks To A Coincidence 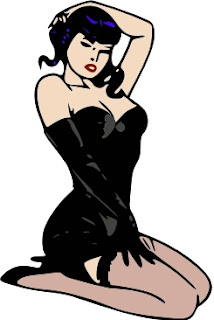 A 67 Not Out reader's coincidence story today. My thanks to Patrick.

"Four years ago I was in a relationship with a very attractive girl who was a model. I'll call her Alice. We were living in Southampton but she craved attention, from other men. She had one affair for which I forgave her but I couldn't do this again when it happened a second time. She did everything to persuade me otherwise but I decided to move back to my home town of Ealing, London.

I knew if I stayed she would hurt me. I handed in my notice at the office where I worked but I met up with Alice once more to say goodbye. She asked for my home phone number (I was initially going to stay with my parents), which I gave her.

I started a new life in Ealing, or maybe went back to my old one in childhood. I was still living with my parents after a year.

They went away on holiday. One night I was feeling lonely and downed a few glasses of whisky. I was thinking about Alice and the good times, there were lots of them, and decided I would call her. Her number was engaged. Seconds later my parent's phone rang and it was Alice!

After about a year we had both decided to phone each other at exactly the same time. This sobered me up considerably. She asked if I would like to meet up and foolishly I agreed.

The next day I drove down to Southampton and we got on well, so much so I stayed the night and the next day. The second evening we went to a pub and she was soon flirting away with other blokes. I realised then it would never work out with Alice so I left the pub without saying anything.

You might think the coincidence was Alice and I phoning each other at the same time but there was one more. As I left the pub I bumped into a girl who I used to work with while in Southampton. She was on her own and to keep the story short we got on famously. So much so that three years later we are still together and have a six month old son. We are getting married in September.

Without the coincidence of Alice and I phoning each other I would never have got together, by another coincidence, with my future wife and now be a proud dad."