67 Not Out Readers Coincidence Stories - 11

Kayla has sent me two coincidence stories which follow. Thanks Kayla.

If you have a coincidence story you would like published on 67 Not Out please use the contact button at the top of the blog.


I have two coincidences that I thought I would share with you after reading the majority of the ones on your website. 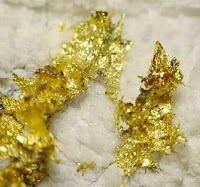 Saved in the gold mine
The first incident occurred almost 17 years ago when I was just a baby but my Mom told me about it.

My Dad works at a gold mine in the pit. In case you have never seen one it is basically a deep hole in the shape of an oval with shelf like roads stacked from top to bottom for both stability and machinery movement purposes.

My Dad was working a shovel which is used primarily to clean up the roads and moving large rocks that could be hazardous to workers. He was working on one of the shelves when my Mom called him. He told her he would call her back in five minutes - which would give him time to get to safe area where he wouldn't be in the way of other equipment.

When my Dad was safely able to call my Mom back and talk to her he heard over the radio that a shelf had just collapsed. This was the area that mere minutes ago he was just at.

Had my Dad been there for just a couple more minutes it would have been a sure death. My Mom said that she just had an overwhelming desire to talk to him and says she is so thankful she did.

My second coincidence occurred very recently, only a month or so ago.

The same message received from Grandpa
It was about a week before Thanksgiving and we received a call from my Grandma who told us that my Grandpa had passed away. I was instantly in tears and it took me a good while to calm down. When I finally did my Mom and I started talking and reminiscing. She mentioned that it was odd because when she was 19, a week before Thanksgiving, her Grandpa passed away. I was 19 as well.

I kind of thought it was odd and didn't really think anything of it, actually I kind of chuckled and said, "Well thanks for that tradition."

When my Mom got home from work that night I told her about the dream and she just looked at me like I was crazy. Turns out a week after her Grandpa died she had that exact same dream, and her Grandpa told her the exact same thing.