The Reincarnation Of A 60,000 Year Old Alien 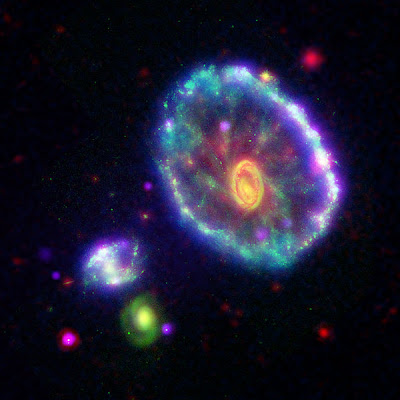 Occasionally I like to think about things that many will consider as too unbelievable to be true. Some of these inevitably turn out to be absolute codswallop but, if we never think about the unbelievable, we might miss out on something that is important. Once upon a time we would have considered going to the moon, the Internet and so on to be fantasy and impossible.

I was flicking through the pages of a book Same Soul, Many Bodies

where the author, Dr Brian Weiss, talks about a patient he hypnotised to reveal a former life.

Patrick, as he was called, didn't come up with something standard. One of his previous lives was 60,000 years ago and, what's more, he was born on another planet.

Okay, so what was he doing on earth therefore? It appears that a section of his race migrated to Earth as their own planet was dying. When they arrived they were met by other migrants from other star systems.

These visitors mixed 'among the evolving sub-species, human beings'.

But there's more to it than just this. The migrants also went on to reincarnate on Earth which helped the evolution of the new human people.

Let's carry on with this 'unbelievable' scenario. Patrick indicated that the physical bodies of these immigrants were very similar to a human form but their minds were far, far superior.

One of Patrick's jobs was to 'supervise the storage of artifacts and written knowledge'. This information would be hidden until the human race caught up a little and was ready for the contents to be revealed.

One of the other things, mentioned by Patrick under hypnosis, was that, "the distinction between God and humans is minor." One small part of the hidden knowledge is "how to master the art of separating consciousness from the physical vehicle."

We hear of similar things to this today but one of the points of this ancient knowledge is that this allows the person to 'assume other, less solid bodies as it wishes.' Could this be the basis perhaps for the likes of angels who, when seen, appear to be something divine, almost god like? In reality they are simply an advanced form of ourselves.

Patrick went on to reveal other lives as a renowned mathematician in Central America, a Jewish Rabbi and a Buddhist monk.

All in all an unbelievable story but could parts in fact be true? Could people from other star systems have migrated to Earth? It would solve a lot of missing links. But there again, if Patrick was so advanced 60,000 years ago, how come he needs to go to a doctor for help and works as an accountant for a dot-com company?

That's the difficulty of thinking about the so called unbelievable we seem to be programmed to disbelieve.