Was This A Message Via An Antique Dog 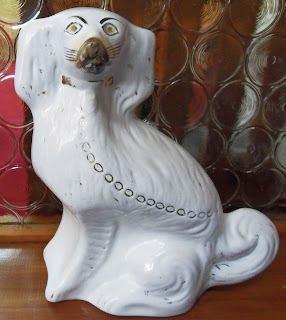 I woke early this morning so I thought I'd meditate for short while. After going through my usual routine I decided to ask if there was any message for me. Nothing specific, just a general question to the world at large.

I got no immediate answer, but nothing strange there as 'messages' often come later through the day when least expecting them.

After breakfast I switched on my phone and it rang straight away. Message: Don't forget today is my Gran's birthday. Okay it was a 'message' but was only something I'd fed in myself when I changed phones.

My grandmother lived to the ripe old age of 103 and died in the 1980s. She was someone I often saw as a child as she lived nearby. I probably wouldn't have remembered, however, that it was her birthday if it wasn't for my phone.

Later that day my grandson came to visit unexpectedly - along with my daughter-in-law, as he's only just over a year old. As a proud grandad I think he's very special and I had an opportunity to play with him. 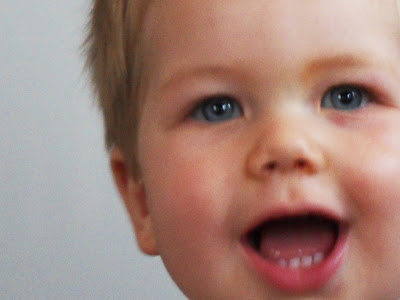 He's crawling like he's on turbo charge and stands up by himself with a big proud grin but doesn't actually walk yet. I was crawling after him and he screeched to a halt and sat looking at an antique dog ornament we have. I sat next to him and he gabbled some baby-talk phrase, reached out and gently touched the dog's nose making a sort of 'ah' sound. He sat there transfixed before shooting off again.

The strange thing is that the dog belonged to my gran. There was originally a pair but one got broken mysteriously a while back. I always liked these dogs, for some reason, when a child and gran gave them to me when I was in my teens. She thought I might as well have them then and not wait until she was dead.

The dog(s) has been with me ever since through several life changes and moves. Some of its markings are fading but to be expected as it is well over 100 years old.

What I'm thinking is that perhaps little Samuel sensed something about the dog. I believe children see all sorts of things that most of us don't any more. Why else would he stop by the dog and touch it so gently, almost with respect? Perhaps he knows or once knew my gran in another life. Maybe that was the message for me.

Email ThisBlogThis!Share to TwitterShare to FacebookShare to Pinterest
Labels: Ghosts and Dead People, Life After Death