The Unlucky Kimono That Killed 100,000 People And Destroyed A City 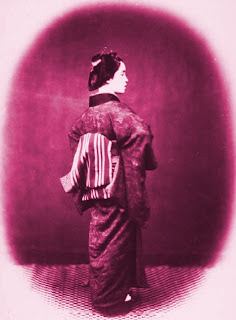 The following is one of the very old coincidence stories that I like, and goes back to 1657.

In February and early March of that year there was a severe drought. Much of the Japanese capital of Edo, now known as Tokyo, was therefore very dry. The buildings were flimsy and mostly made of wood and even with a form of paper. It was therefore what our Health and Safety officers would consider a bit of a nightmare - a fire waiting to happen.

And, sure enough, a fire swept through the city spread by hurricane winds. It is recorded that three-quarters of Edo was destroyed. Burnt to a cinder were 300 temples, 500 palaces, 9000 shops, numerous bridges plus a human toll of some 100,000 residents.

What is interesting about the story of how the fire started. It's was all because of a traditional kimono.

This was no ordinary kimono. It had been successively owned by three teenage girls, but each of them died before they had a chance to wear the garment. The kimono was deemed to be unlucky - which is probably something of an understatement.

The local priest decided that the kimono had to be destroyed and the best way was by a traditional cremation. As the garment was being burned, the winds started to blow violently and the rest is history.

This kimono was indeed very unlucky as it led to the destruction of Edo.