How To Bring The Dead Back To LIfe 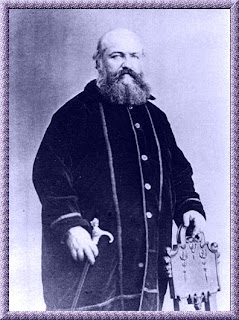 I've mentioned previously about how I like to look for old books at such places as Flea Markets and Car Boot Sales. One I recently picked up was by Eliphas Levi and part of it made me smile.

In a section called 'Practical Secrets' it mentioned how to bring a dead person back to life - DIY resurrection if you like.

But let's get back to the 'practical' way to raise the dead - well some of them.

In the book's opinion 'when we are ripe for death, we leave without regret, and nothing would make us take it back; but when it is premature, the soul regrets life."

If we die, and are not really ready to do so, this is when we can supposedly be resurrected: 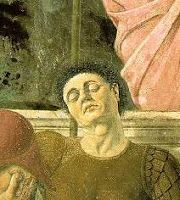 'The sacred books indicate to us the proceeding which must be employed in such a case. The Prophet Elisha and the Apostle St Paul employed it with success.

The deceased must be magnetized by placing the feet on his feet, the hands on his hands, the mouth on his mouth. Then concentrate the whole will for a long time, call to itself the escaped soul, using all the loving thoughts and mental caresses of which one is capable.

If the operator inspires in that soul much affection or great respect, if in the thought which he communicates magnetically to it the thaumaturgist can persuade it that life is still necessary to it, and that happy days are still in store for it below, it will certainly return, and for the man of everyday science the apparent dead will have been only a lethargy."

Eliphas Levi then gives an example of how a gentleman, by the name of William Postel, was recalled to life by his mother, Jeanne, using this method. William was returned 'with new youth' and afterwards styled himself as Postellus restitutus - Postel the Resurrected.

A blacksmith, M.Leriche, an adept at hermetic science also brought back to life the lover of a ballet girl. As he went to try and resurrect the man the doctor told him that, "It is useless to go upstairs, he died six hours ago." A death certificate had been issued.

The man, named Candy, was brought back to life and lived from that time on without ever being ill. He said of his experience, "You may laugh as much as you like. All I know is, that a death certificate was signed and a burial licence made out; eighteen hours later they were going to bury me, and yet here I am."

So, there we go, a practical way to bring some people back to life. As Eliphas Levi taught, "Nothing can resist the will of man when he knows what is true and wills what is good." And though most will mock the content of this post there is undoubtedly a truth in that statement.

Other quotes by Eliphas Levi :

The will of a just man is the Will of God Himself and the Law of Nature.

Say to suffering, 'I will that you shall become a pleasure,' and it will prove to be such - and even more than a pleasure, it will be a blessing.

Man is the God of the world, and God is the man of Heaven.

The divine ideal of the ancient world made the civilization which came to an end, and one must not despair of seeing the God of our barbarous fathers become the devil of our more enlightened children.

Other Posts:
The Horror Of Spontaneous Combustion
The Ancient Egyptians And Their World Of Dreams
How Phases Of The Moon Affect Plants