The I Have Lived Here Before Coincidence

A coincidence story from a 67 Not Out reader today, my thanks to Marilyn Cundiff. 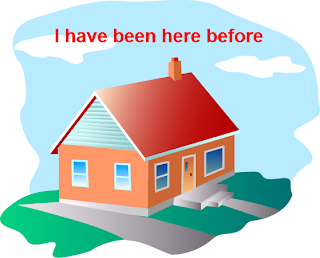 A friend introduced me to a journalist on our local newspaper as she thought I might be able to help her with a story she was doing. She was wanting some local photos from the war years, which my friend knew I had.

The journalist said she would pop round to my home the following day to look at the photos, which I said she could borrow. I told her my address and she couldn't believe it as she had lived there as a child.

The next day she arrived as arranged and asked if her mother, who was sitting in the car, could come into the house as she would love to see it again. I agreed and showed them round and it brought a lot of memories back for them both.

We got talking for quite a while and the mother said that, previous to this address, she lived in another part of town when she first married. I told her I also used to live in that area. "Where?" she asked. I told her and she couldn't believe it - as this was exactly the same house where she had lived as well.

We have all become friends since that day and sometimes I wonder if we have some sort of special link, maybe from a previous life or something.

Click on the Coincidence and Synchronicity tag below for more posts with coincidence stories.