It Pays To Be Odd If You Own A House 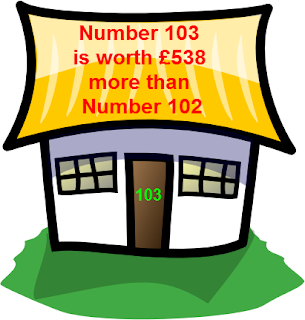 If you live in the UK your house is worth more if it has an odd number on the door. So, if you own a house with an even number - as I do - the property is said to be worth less than the house either side with odd numbers!

So why is this? Erm, well nobody knows. Maybe it's the magic of numbers or ... goodness knows. There's no logical answer.

There was one exception to the odd rule and that is with houses with the number 13 - these are actually valued at £3,300 less than the average. This is no doubt because of the supposed bad luck attributed to 13 - which puts off perspective buyers.

What use these findings are is puzzling. It's very much in line with my post about The Danger Of The Letter Z In Car Registration Plates.

Some will say that you can prove anything with statistics but, as we all know, 72.45% of all statistics are made up. 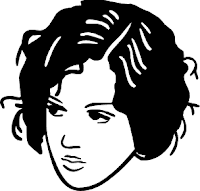 P.S. I've just come up with a solution. Pythagoras regarded even numbers as being feminine and passive whereas odd numbers are masculine and active. So, of course, odd numbers will therefore be worth ... aaaagh! Seems like my wife doesn't agree with this theory! Oh well, back to the drawing board.