The UFO Sighting Over Eastbourne England 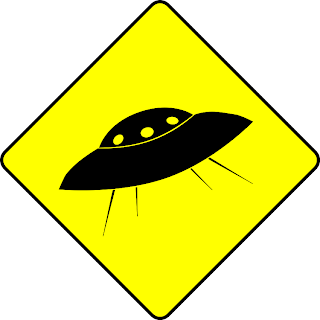 I came across this recent UFO sighting report on the Eastbourne Herald website.

The sighting - this month - was by sixteen year old Liberty Jacklin, in her words:

"At around 9.30 pm we let the dogs out in the garden, and I saw strange lights in the sky, and called my family to see.

They were two rings of circular lights, one within the other. We saw them from our back door in the clouds above the level crossing around 130 metres from our house.

They were rotating almost horizontally from side to side, travelling a regular distance of around 100 metres.
It went on for an hour and a half, stopping just after 11pm."

Liberty did some research and found out that a Nicholas Munro had witnessed an almost identical sighting, in the same area back in 1977.

Of course, the usual explanations were put forward by skeptics: Chinese lanterns, laser beams from local clubs and even aircraft or helicopters.

Liberty hit back at such ideas though:

"We live in a very tall house (historically used for spotting smugglers on the coast), and have brilliant clear views for 360 degrees around our house towards the sea and surrounding fields.There were no people about as we most probably would have heard them.The east end of Normans Bay is remote, desolate and very quiet."

But why didn't she take any photos as the sighting went on so long?

"I tried to take photos with my Nikon SLR Digital Camera. It was too faint. I don't usually take pictures of the night sky with it, and I don't know how to. I also tried to use my mobile phone camera, but when I took the photo it came out dark, and no lights were seen on it."

She has now added a further description of the UFO.

"It was moving at an almost horizontal angle and was rotating at different speeds clockwise, and sometimes anticlockwise, left to right, and right to left.

On one occasion it changed the direction in which it rotated mid-journey.

Often it would travel from one side to the other, slow down and disappear when it reached the other side.

My mum and dad have lived in the house for nearly 20 years, and have never seen anything like it! My dad is extremely cynical, but couldn't explain it, neither could my mum, who trained as a scientist!"

There is something about this UFO report that, for some reason, rings true with me.