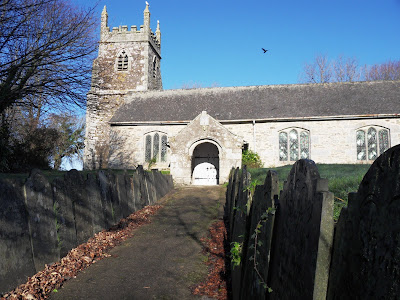 In yesterday's post Keeping The Devil Away At Veryan Cornwall I mentioned that we visited Veryan in Cornwall. Before we arrived there we stopped off at another village, Tregony, and wandered around the grounds of St Cubys church  (photo above). Unfortunately the church itself was locked.

On leaving the church grounds I took another photo (below) and, on looking at this, there appears to be four globes, orbs - or whatever you might wish to call them - towards the top of the picture. One is a very vivid blue and another less so, plus there are two smaller, brighter orbs. No idea how they would have got there as there is nothing like this on any of the other 40+ photos I took that day. 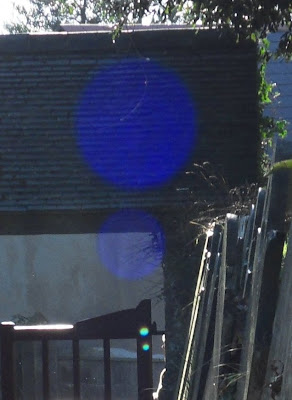 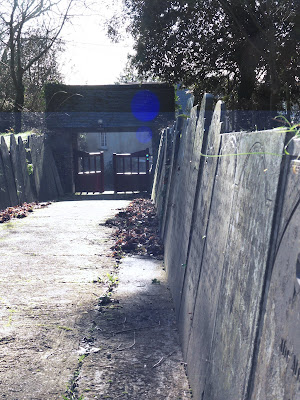 Either side of the path to and from the church are old gravestones, some as far back as the late 1700s, though most from the 1800s. The one below is from October 12th 1738. 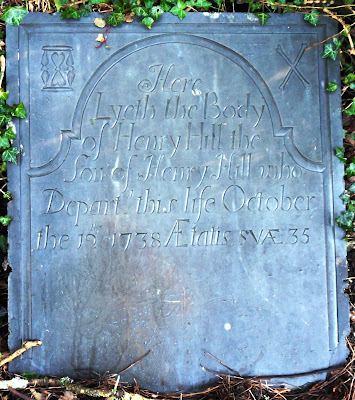 St Cubys church has a strange figure's head above the porch entrance, together with a sun dial - which is still working okay. Not much to go wrong, I guess. 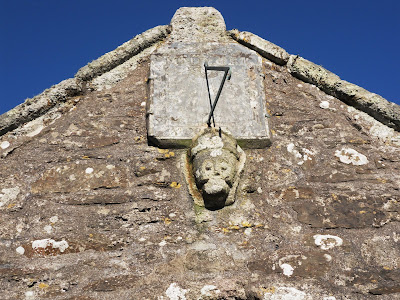 There are lots of old buildings in Tregony, the one below going back to 1646, an old alms house. The date is on a plaque on the wall. 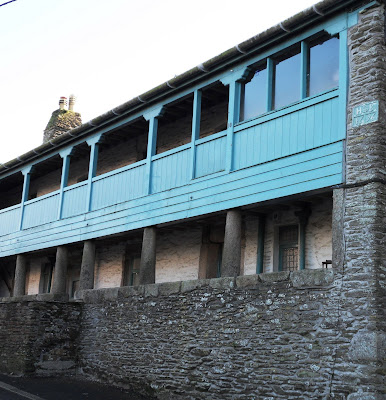 Going back to the orbs. I know many are very sceptical about such things and put them down to digital cameras, dust, condensation and so on but, it's odd how only one photo has these out of 40+ taken on the same day. And it was a spooky graveyard with lots of old burials and ... Perhaps I'm getting a bit carried away but, whatever, it was an interesting visit. 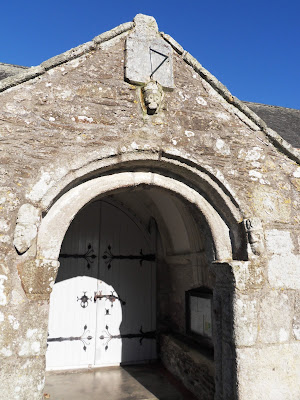