Evil Of The Devil And His Dando Dogs On Bodmin Moor 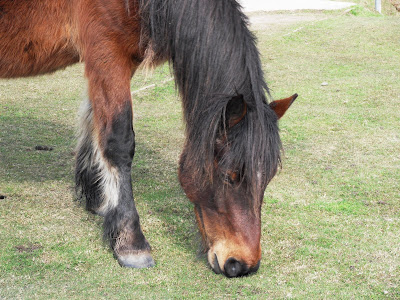 We were walking on the mystical Bodmin Moor in Cornwall, England where there are wild ponies and other animals grazing the moorland. It's good to see animals roaming free as they have done for thousands of years. The ponies happily posed for my photos. 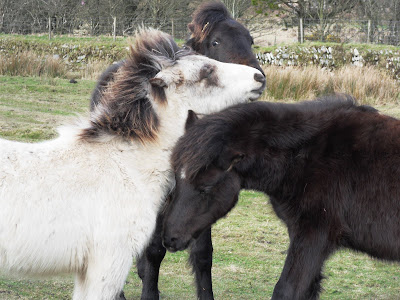 As the wind blows across the wide expanse of moorland it's easy to imagine the legends of the moor coming to life. Dando and His Dogs could well be nearby hunting for human souls. Fluffy, beautiful ponies are one thing, but Dando is something not to be messed with. 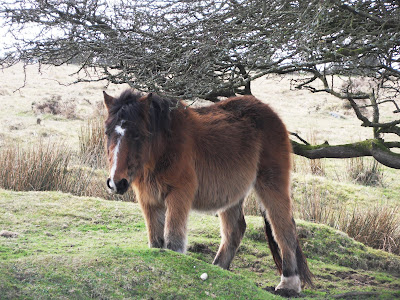 Hearing Dando's baying hounds echoing over the moor is enough to make even the bravest fear for their lives. If the dogs are heard it's best to move on quickly before the hunter catches sight of your soul. One poor fellow lingered until it was nearly too late, but fortunately he remembered what he had to do to escape. Others aren't so lucky or as well informed.

Dando the hunter is evil with big saucer like eyes, horns from his head and a tail blowing in the wind, he is the devil himself. With his hunting pole at the ready his dogs snort out fire scorching the moorland surface as they snarl and snap at any unfortunate human. 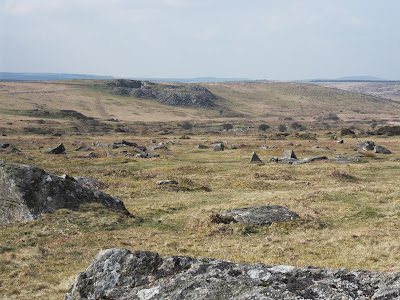 The man I mentioned remembered the advice his father had given him as a child about Dando and his Dogs. The only way to escape is to surrender yourself to God and pray. The man dropped to his knees and did so and the dogs fell silent. Dando called for them to move on in pursuit of another soul - one who may not be aware of the secret knowledge to save him or her from evil.

It's not only Dando to be wary of while on the moor, oh no, there is also the Beast of Bodmin or perhaps beasts. These are big black cat like creatures the size perhaps of panthers or pumas. Many walkers on the moor have seen them and sheep and cattle have been savaged by these beasts.

Bodmin Moor has kept it's mysteries for thousands of years and tomorrow's post will be about The Hurlers - three ancient stone circles adjacent to each other and believed to be at least 3,500 years old. But what was their purpose and why did the ancient people erect them in this fashion?