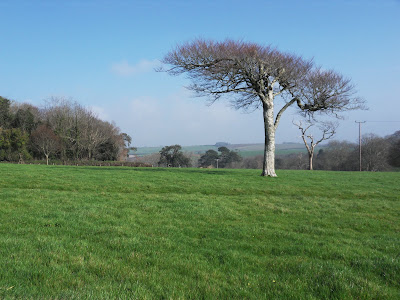 A sidetrack today as I continue my journey in Daphne Du Maurier country in Cornwall, near to where I live. In my post The Magic of Fowey there was a photo of Du Maurier's house Ferryside. Today I was in search of Manderley as featured in her book Rebecca, which starts: "Last night I dreamt I went to Manderley again."

Manderley was based on a house called Menabilly where Du Maurier lived from 1943 to 1969. Unfortunately the house is on a private estate, so no admittance to the public and can't be seen from the coast or from the road. Only the gatehouse of Menabilly (small photo right) can be seen. But I've dug out an old photo (below) of Daphne and her family at Menabilly house, taken while she lived there. 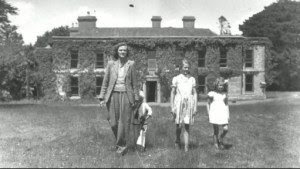 What I've tried to do is to give a flavour of the Menabilly area with the photos I have clicked. The picture at the top of the post shows some of the estate.

Fowey and Menabilly is somewhere that I love. As yesterday was a pleasant winter's day it was a pleasure walking the coast and area.

The Menabilly estate stretches right to the sea. Below is Polridmouth Cottage which incorporates an old watermill which once ground grain for the estate. This is situated by a lake and overlooks a small beach and the sea. 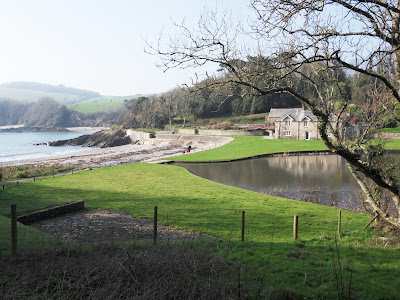 Next is the lake taken from the small beach ... 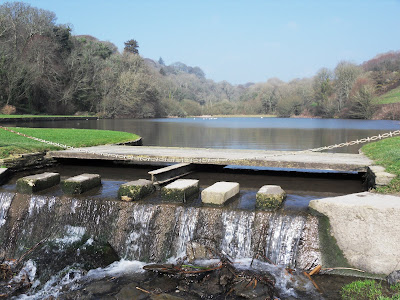 ... and this is the seaweed strewn beach. A bit hazy in the distance but clear for this time of the year. 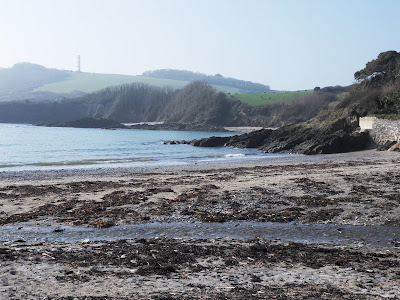 From here we headed along the coastal path which took us up Lankelly Cliff. In the distance was the ancient town of Fowey and where the River Fowey joined the sea. 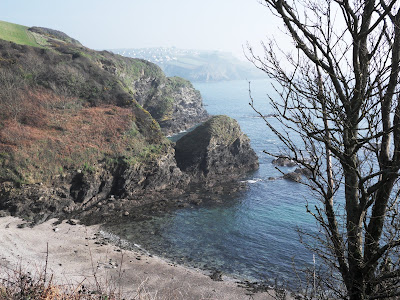 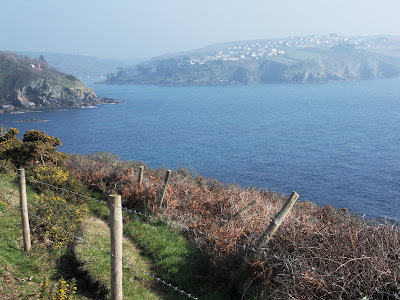 With the sun now behind us the views inland were clear and bright. Good, green farming land. 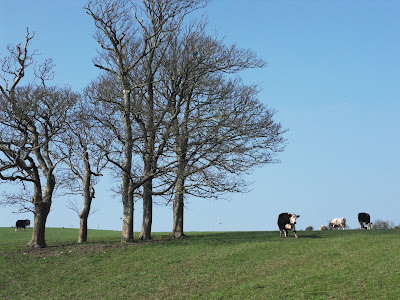 When Daphne Du Maurier started Rebecca with the words, "Last night I dreamt I went to Manderley again," it was like a cry from herself. Her husband had been temporarily posted to Alexandria, which she disliked. She longed to return to Menabilly, her Manderley, and to see the cliffs, sea and the wooded headlands. And who can blame her!

I came across this short video of Daphne Du Maurier at Menabilly when she was about 40.

See also other Fowey area posts:
The Magic Of Fowey Cornwall
The Tristan Stone And King Arthur And His Knights