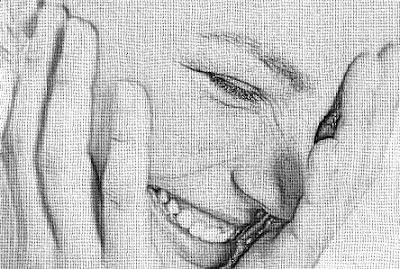 A coincidence story from Jerry today, sourced for me by JC - thanks.


"Back about ten years ago, I went on a first date with someone I met online. I live in the Philadelphia suburbs, she in the city.

I drove into the city for your typical  movie and then dinner. We enjoyed the movie and while we were talking and walking to dinner afterwards, I told her what I did for a living, which was writing software for a small company she'd likely never heard of.

It turns out she knows him through some online forum having to do with singing, and they'd actually met before at some event. We reflect about the unlikelihood of this.

But that is not the main coincidence I am writing about.

We continue to the restaurant, having a great conversation, hitting it off. About halfway through dinner, I feel comfortable enough to tell her about having gone through colon cancer the year before, and the long recovery after having had my colon removed. Not your typical first date conversation perhaps, but she was interested.

Anyway, after I mentioned the surgery, she asked where I had it done. "Penn," I say.

She pauses. "Who was your oncologist," she asks.

Okay, I think, not the question I would have expected, but I tell her. She pauses even longer. Then she says, in fact demands, "Who was your oncology nurse?"

I tell her. At this point she gets the most amazed expression I'd ever seen and says "You're... you're... that Jerry!!!" And starts laughing uncontrollably.

I'm like, what? What?? What?!? But every time the laughter starts to die down, says says, "You're that Jerry!!!" again, which sets off another fit of laughter.

She literally couldn't get out anything coherent for at least five minutes, she's laughing too hard. The suspense is killing me.

I'm finally able to piece together that about a year before, she was sharing an apartment at Penn with my oncology nurse (she's not in medicine herself).

The nurse used to tell her, "I have this one patient who would be perfect for you, if only he wasn't recovering from surgery and going through chemo". She even told her the name of this patient.

Of course the patient was me, and she and I ended up dating for a year or so and are still good friends to this day."

Other Coincidence and Synchronicity Posts:
Van Gives The Answer To A Crossword Clue
Married Couple In The Same Photo As Children
Finding A £10 Note Coincidence