The Clapper Bridge Where The Devil Sunbathes 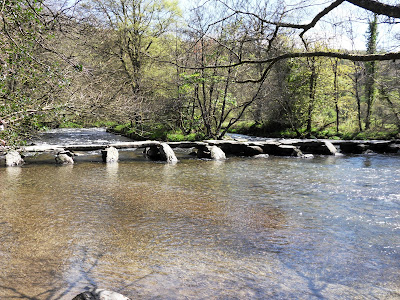 I'm back to my travels again for today's post: The Tarr Steps in Somerset England. This is an ancient clapper bridge that the Devil built - yes, the Devil himself, well that's how the story goes. 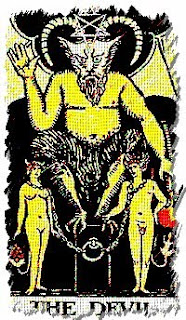 After building the bridge the Devil wanted to use this for sunbathing, which I'm sure he's entitled to do, but this caused a bit of a problem for the local people who simply wanted to get to the other side of the river. Should the locals just go across anyway?

The local parson sent a cat over the bridge but poor pussy was vaporised into as a puff of smoke. The Devil said that he forbid any mortal soul to cross, anyone who tried would be punished with death - which is a pretty severe penalty to say the least.

The local parson tried to reason with the Devil but the Devil swore and intimidated the preacher man. This was no ordinary parson though he gave as good as he got and stood up to the the evil one.

The Devil must have been impressed because he conceded to allow people to pass over the bridge but one stipulation was made. No one must cross when the Devil wants to sunbathe on the bridge.

So be warned if you should venture to Tarr Steps in the sunshine, just in case the Devil is getting a tan. 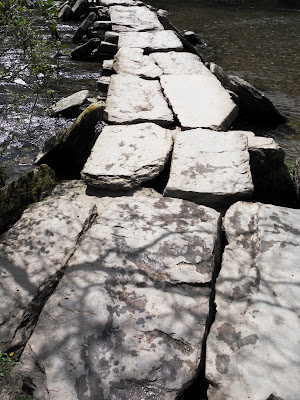 Tarr Steps is said to be over 1000 years old, going back to the Bronze Age though some will say it's not quite that age. But, whatever, it's the oldest 'clapper bridge' in the UK. The name comes from the Latin 'claperius' which means 'a pile of stones' and this is really what the bridge is. There are massive natural stones resting on one another. The top slabs weigh in at something like one to two tons. The largest is over eight feet long and five feet wide. The bridge is about 55 yards (50m) across the river. 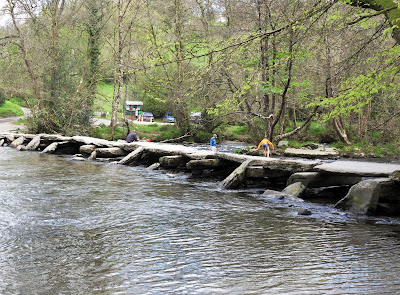 Of course there are some 4x4s who don't bother with the bridge and drive straight through the river, fortunately it wasn't too high on that particular day. 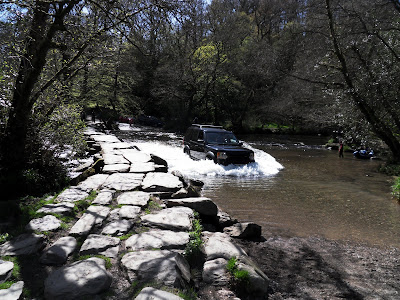 Before reaching Tarr Steps we had been on another part of Exmoor looking for the wild ponies which roam free and luckily caught a few sightings. 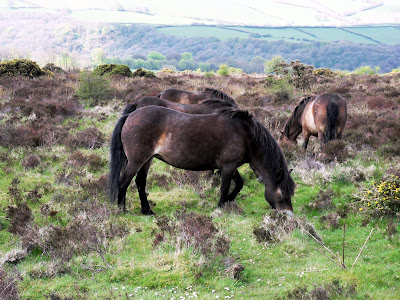 We also found a wonderful old inn, the Royal Oak, on Exmoor for lunch. 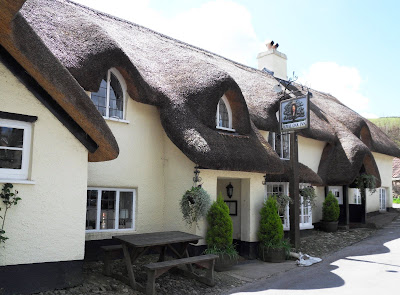 All in all it was a great day. Exmoor is a wonderful area, providing the weather is okay.

To see the photos in a larger size click on any photo. Photos: © Mike Perry.

Other Somerset and Exmoor Posts:
Dunster And A Reminder Of Carefree Days
The Holy Well That Saved a Saints Head
The Lucky Lessons Learnt In Somerset