The Cumberland Alien And The Men In Black 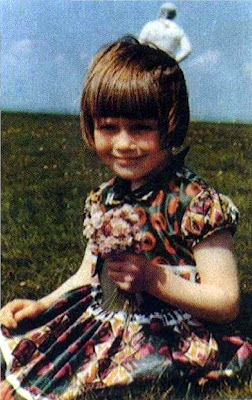 I was reading about the Cumberland Spaceman (also known as the Cumberland alien and the Solway Spaceman). This is a photo of a supposed spaceman, alien or whatever, but what interested me was that the so called 'Men In Black' paid the photographer a visit. This is the description:

"A month after taking the photo a well-spoken person called at the place of work of the photographer who said he was there to 'investigate these things.'

The man had a colleague with him and arrived in a big, black, shiny Jaguar car. They were wearing smart black suits and bowler hats. They behaved oddly, referring to one another by numbers and not using names.

Although their origin was unclear the photographer came to believe that they were from a government department and he could not understand the subterfuge.

The men drove the photographer to the area where the photo was taken and asked many questions. They were keen to know about the behaviour of animals and the weather and asked over and over about the 'spaceman'.

When the photographer explained there was no spaceman present when he took the photo - the 'spaceman' simply appeared on his picture, as per the photo above - the Men In Black marched off. They got into their car and drove away leaving the photographer stranded five miles from home."

If we go back to the beginning, the Cumberland Spaceman photo was taken back in 1964 but I got interested in the case when I came across a YouTube video (at bottom of this post) from a BBC video. It's pretty old but it includes an interview with the photographer.

This is the Cumberland Spaceman story:

On Sunday, May 24 1964 fireman Jim Templeton went to Burgh Marsh on the Solway Firth in the UK. With him was his wife and two young daughters, including five year old Elizabeth who wanted to be photographed wearing her new dress.

Jim was a keen photographer and positioned Elizabeth on a grassy bank holding a bunch of flowers she had picked. Her mother and sister watched while the pictures were taken.

There was nobody else around but they did notice how the cows and sheep, found on the marsh, were behaving strangely. They were all huddled together as if a storm was imminent - but the sky was clear and remained so.

The family returned home and the roll of film was taken in the normal way to be processed.

The photos were all fine except for one where there was slightly distorted upper form of someone wearing, what looked like, an astronaut's suit. This figure appeared to be floating behind Elizabeth's head.

The photo got some publicity locally but no one could offer an explanation as to what the strange figure was. The police took a look and concluded it had to have been a real man - perhaps a streaker! - who had briefly strayed into shot as the photo was being snapped. Jim's wife just laughed at this idea as she was pretty sure she would have noticed a naked man.

The picture was shown in the local paper and the whole incident would have probably died a death but, even without the Internet, the story reached Australia. This is where it gets even more interesting.

In the 1960s the UK was producing missiles in the Cumberland area and these were tested at Woomera in Australia. This was a launch site of a particular missile named the Blue Streak.

It appears that on May 23 1964 the Blue Streak was to be launched at Woomera. This had to be aborted when security cameras caught, what seemed to be, two men in white spacesuits walking around the launchpad. When the area was searched these men could not be found or seen anywhere. But ...

... this all happened at roughly the same time as Jim Templeton snapped the picture of his daughter and the 'spaceman'.

A technician from Woomera actually contacted Jim and told him the spacemen, who he had seen, were identical to the one on Jim's photo.

The question is: Could the two incidents possibly be linked?

The video I mentioned earlier follows. As you will see, some of the details of this whole episode appears to be have been covered up - or conveniently lost - by the UK Ministry of Defence