The Lucky Lessons Learnt In Somerset


I've just come back from a break in Somerset, England and my wife and I stayed at the house in the above photo. Some of the buildings date back to the late 1700s but on the main house wall there is a date built in of 1821.

It was immediately somewhere I felt comfortable and at ease and I wondered if I would receive any inspirational messages or feelings from my visit. 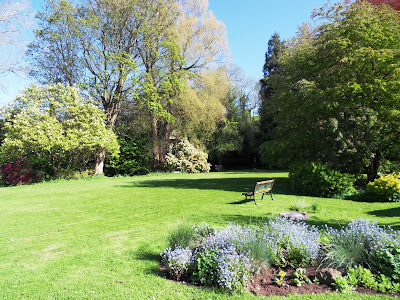 I walked round the large garden and there was a sundial with the date 1767 - 67 and 76 being the important bit for me, they turn up a lot in my life. Around the dial was a quote:

"Only count your sunny hours. Let others tell of sun and showers." 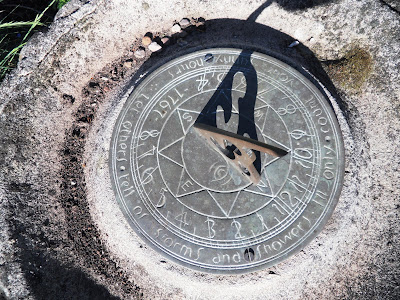 After unloading our luggage we went out in the car to find somewhere to eat and stopped at a small village called Wheddon Cross. There was a pub next to the car park so we went inside and had an excellent meal and a small beer.

As we left Karin asked me what the name of the pub was. I didn't know, as we had entered by a side door from the car park. I walked round to the front of the building and saw it's strange name:

"The best and be thankful inn."

I saw a pattern in what I was seeing - another message perhaps! 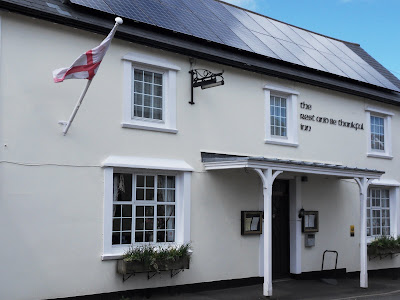 I think by the end of our break I realised how lucky I am.

There was on odd incident, for example, on our second day in Somerset. It started to rain and I was looking for somewhere to park the car so we could eat our lunch we had brought with us. The roads were very narrow but suddenly I spotted a place to pull in with a view. It was purely by chance we had stopped at Kilve, the name of the village.

After eating our lunch we walked along the road a little and spotted a sign to Kilve Beach. So, as the rain had stopped, we thought we'd walk to the sea, never having heard of Kilve Beach before.

As we walked a car pulled into a small lay-by beside us and a man of 76 (that number again) opened his window and started talking to us - that's how I know his age. In fact he wouldn't stop talking and, being fascinated by people in general, we listened to him as he unloaded his life story on us.

He was driving a brand new car, with lots of gadgets he didn't understand, and lived in one of the very big houses we had passed. He told us of successful deals he had made in the past and how he had also beaten prostate cancer. It was all very interesting, but no idea why had decided to tell us all of this, but then the penny dropped. He finished by saying how lucky his life had been and put this partly down to his surname - Mr Luck!

I think I've now got the message okay! About how I should be thankful and grateful for my own life and how lucky I am. Sometimes, probably like most of us, I need reminding of this.

A couple of photos of the inside if the house where we stayed: 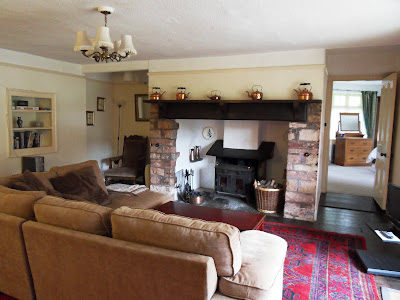 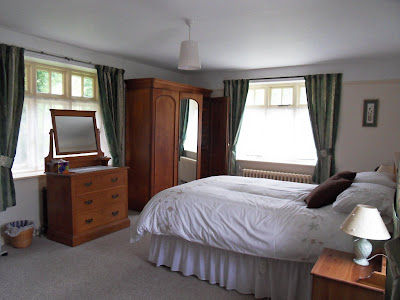 And in the garden we spotted pheasants - this male always had two females with him. There were squirrels, all sorts of birds and ducks, including kingfishers, two border collies ... 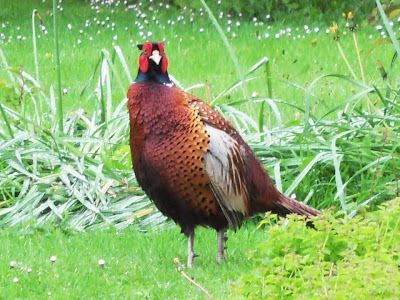 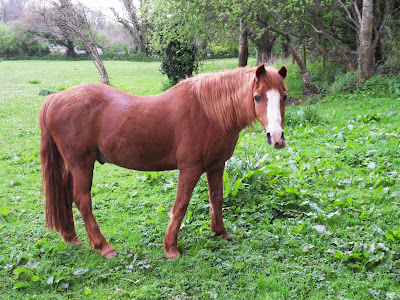 At the end of our stay I was sorry to leave - but there again, I thought, I'll be able to see my grandson's smile and much more besides when I get back to my normal - but lucky - life.