Links Of Prince William And Royal Family To Hitler And Nazis 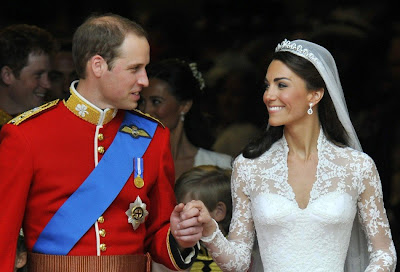 Here's a bit of a nonsense coincidence ... or is it!

Someone pointed out to me that Prince William and Kate Middleton were married on the same day as Adolf Hitler and Eva Braun: 29th of April.

Okay, so what, but he then went explain that Hitler and Braun were married in the early hours of the said date at a ceremony conducted within the Führerbunker. But there's another coincidence:

The night prior to her wedding Kate Middleton stayed at the Goring Hotel in London and it was from here that she made her way to Westminster Abbey for the wedding ceremony. And who was one of Hitlers associates? Hermann Göring (though sometimes spelt as 'Goering').

All of this may be pure chance (if such a thing is possible) but there are many links between the UK Royal Family and Germany and even the Nazis. It was King George V for instance who, in 1917, changed the present Royal Family name from the 'House of Saxe-Coburg and Gotha' to the 'House of Windsor' - which is still used today.

There is a 1936 photo of Hitler with King Edward VIII (the uncrowned king) and his wife to be Wallis Simpson. It is said that the FBI took and interest in King Edward in 1941 as there were rumours he was passing secrets to the Nazis. 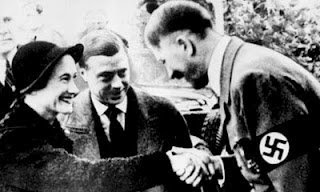 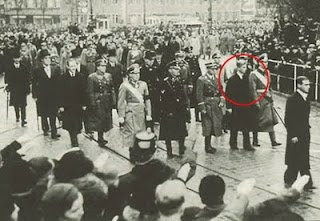 Then, of course, we mustn't forget how Prince Harry dressed up as a Nazi, which made front page of the Sun newspaper. 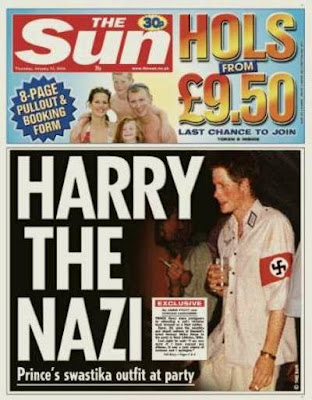 This is hardly earth shattering news but what about if we also threw in the Freemasons to the mix as well. Lots of the Royal Family are, and have been, members of the craft. There's even a Lodge at Buckingham Palace. But more on that perhaps another day and, who knows, gradually bit by bit the jigsaw may actually fit together.

Other Posts:
Hitler And His Divining Rod For Dark Forces
Queen Kate Middleton For Sale On Ebay
A Nation Seduced By Symbols And Expectation
Freemasons: The Solemn Obligation Of A Master Mason