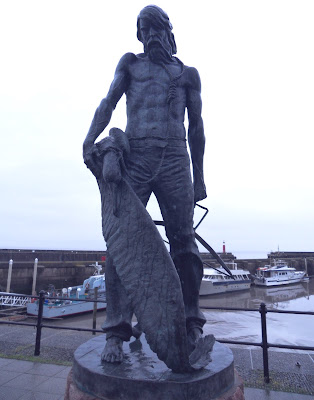 It was the first full day of our break in Somerset and the morning was dark, dismal and raining. Never ones to let the weather get the better of us we headed to the nearby small coastal town of Watchet. As we walked in the drizzle by the harbour we came across a statue of the Ancient Mariner. This was in respect of the poem of the same by Samuel Taylor Coleridge.

I said to Karin that my mum liked reading Coleridge, especially the poems The Rime of the Ancient Mariner and Kubla Khan. I thought no more about this but when I got back to our car I realised that a trashy paperback I was reading was also by someone named Coleridge: Nicholas Coleridge. 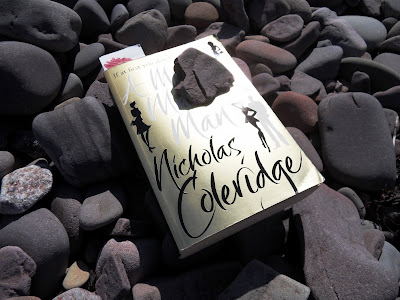 The afternoon brightened up and we walked along the shore line past many beaches full of pebbles. That's where I took the above photo. 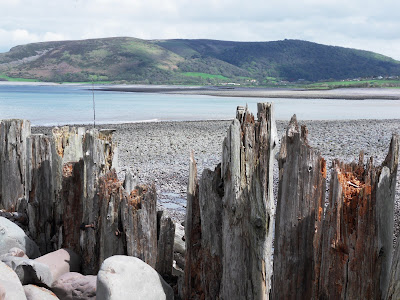 In the evening, when we got back to our accommodation, I was looking at some leaflets the owner had left for us. And one of these was regarding the 'Coleridge Way'. This is about 'Following In The Footsteps of the Romantic Poet Samuel Taylor Coleridge 1772 -1834'. So that was why there was a statue of the Ancient Mariner in Watchet.

It seems that Coleridge lived in this area at a place called Nether Stowey and the Coleridge Way goes right past where we were staying at Roadwater. We were literally on the Coleridge Way. I didn't know any of this until I read the leaflet while sitting in the corner seat below. 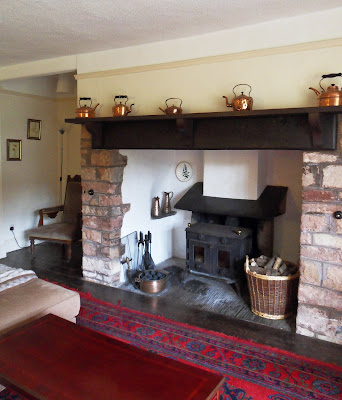 Next to the chair was a small corner table, which can't be seen in the photo. On this table, left by the owner, was a book called Bambi and Me. As I mentioned in my post Memories Of Bambi this animal has sentimental links for me to my mum. 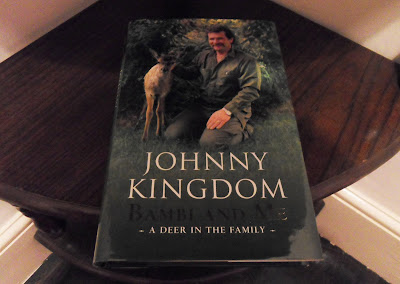 So, putting the synchronicity all together: we see a statue of the Ancient Mariner at Watchet in recognition of one of my mother's favourite poets Samuel Coleridge. I just happen to be reading a book by Coleridge. On returning back to where we were staying I find out there's a 'Coleridge Way' passing yards from where I was sitting - and next to me was a book about Bambi, which links me again back to my mother.

Chance happenings? I don't think so. There's more to it than that, but I'll leave readers to draw their own conclusions.

And changing the subject completely, while in Watchet we came across this tiny lock up jail used prior to the 1800s. 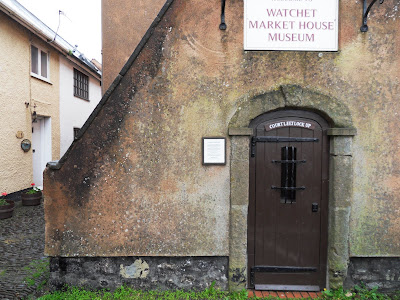 The court was held at the nearby Bell Inn and anyone causing a public nuisance, or considered likely to abscond while waiting trial, was held temporarily in this tiny lock-up jail. Be careful in Watchet as this court still technically exists - and you wouldn't want end up locked in this jail with no facilities! The building adjoined to it is now a small museum.

Other Somerset Posts:
The Clapper Bridge Where The Devil Sunbathes
The Holy Well That Saved a Saints Head
Dunster And A Reminder Of Carefree Days
The Lucky Lessons Learnt In Somerset