The Warning Of Deaths Door 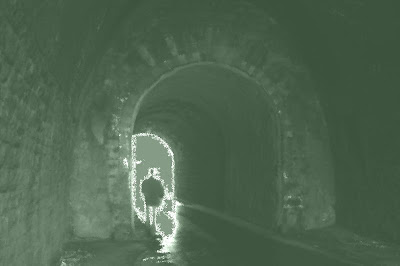 I published a post about the Premonition Of The Death Of Admiral Nelson At Trafalgar a couple of days ago. This tells of how Nelson 'knew' when he would be killed.

As happens, since then I have come across other, but more up to date, similar stories. For example here are two I found on the Pravda website. It's not exactly a site I often visit!

The first is from Grigoriy Doronin from Sergiev Posad: "Coming in from work one evening, my wife, who was only 20 years old, unexpectedly announced: 'I’m just so tired, maybe I’ll be leaving this world soon.' The next day we were involved in a car accident. My wife died, but I survived."

The second is from Inna P. from Samara: "Last summer my husband and I came to the town where I was born and grew up to spend some time with my parents. One day, standing on the balcony and looking out onto the Volga , he suddenly said, 'Would you believe that I’m going to die here?' Of course I was shocked by this question, as my husband was in perfect health. But a few weeks later he suddenly died of a heart attack."

From what I have read recently this is by no means rare. US doctors William Green, Stefan Goldstein and Alex Moss discovered that many patients who died had anticipated their death. But why? Is their a reason for this?

Scientists have seen in the laboratory that, before dying, cells of a living organism emit a sudden surge of radioactive rays.

The Polish physicist Janusz Slawinsky, in his Journal Of Near-Death Studies, surmised that this fairly powerful stream of waves may contain information on the life of a dying organism which may also include fragments of consciousness and memory.

In other words a final surge pushes the bit of us that lives on to its destination.

Going back to how some people know when they will die - a personal story. As regular readers may know our daughter, Janice, died. She reached adulthood but over and over told Karin and I that she knew she would die before us. Sadly this came true.

There are many other examples.

An Associated Press story told of a Minnesota man, Fidel Sanchez-Flores. He asked his niece 'to pray really hard' because 'something is approaching.' He told his wife that he loved her and would continue to love her after his death. When his wife asked why he was saying that, he replied that he didn’t know. A day later he died while working at his employment.

It really does seem that there is a time to die and often we are told of this in advance. Perhaps so that we have an opportunity to get our affairs in order and say our temporary goodbyes.