The Harry Potter And Rosicrucian Coincidences 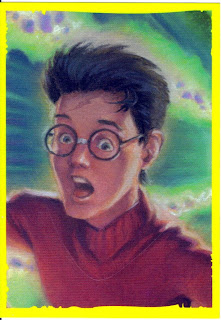 Hans Andrea of the Harry Potter For Seekers website has compared the similarities between the Harry Potter stories and The Chemical Wedding of Christian Rosenkreutz published way back in 1616. It is thought to be a Rosicrucian work.

Are the similarities coincidences? Let's see:

~ Harry Potter and CR are given a letter of invitation during a violent storm.

~ Harry is faced with being sorted into one of four houses; CR faces four paths to choose from at the beginning of his journey to the castle. 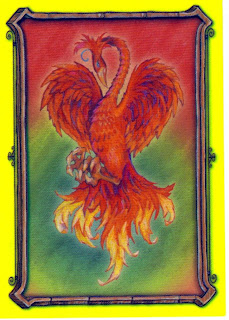 ~ A number of mystery animals are mentioned in both books e.g. the phoenix, the unicorn and the griffin.

~ In both the Tower of Olympus and Harry's castle lives a very ancient man who is in control of the whole proceedings.

~ In both books the meals are served up by invisible servants in a hall lightened by floating candles.

~ In both books there is a funeral where a phoenix appears.

Is all this purely by coincidence? Well funny things happen. But JK Rowling knows her magic. As she said in an interview with The Herald in 1998:

"I've never wanted to be a witch, but an alchemist, now that's a different matter. To invent this wizard world, I've learnt a ridiculous amount about alchemy. Perhaps much of it I'll never use in the books, but I have to know in detail what magic can and cannot do in order to set the parameters and establish the stories' internal logic."

It's interesting that the Catholic Church have warned us of The Dangers Of Harry Potter To Mankind but if we look at one more 'coincidence' perhaps Harry's not so bad as they think.

In Harry Potter and the Order of the Phoenix we are told that, "There is a room ... that ... contains a force that is at once more wonderful and more terrible than death, than human intelligence, than the forces of nature ... It is the power held within that room that you possess in such quantities and which Voldermort has not at all."

This force is called love - and is called Venus in the Chemical Wedding.