The UFO Travellers From Ancient Egypt 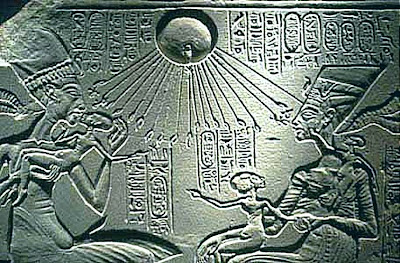 I've said so before how it's strange that sometimes, once you start to research something, more information arrives all by itself. And somehow it all links together.

On Friday I published a post with Photos Of The Peruvian Alien. I didn't think anything else about this but I was then presented with an image of Akhenaten and Nefertiti.

The thing about the Peru alien was that the skeleton found had a elongated head. Now look at the image above and it is the same with Akhenatan, Nefertiti and especially noticeable with their small children.

There the couple sit with Aten shining down on them, more of this in a minute. First other similar images showing these elongated heads: 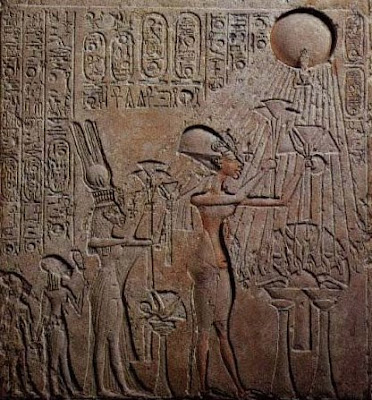 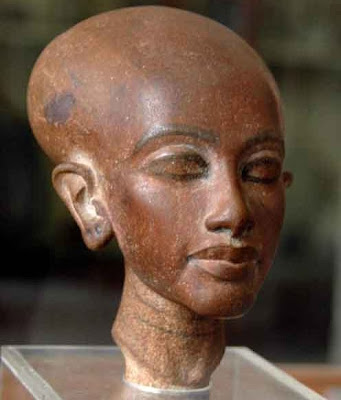 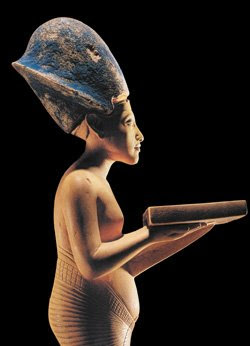 So I've linked together the Peruvian Alien with Akhenaten and Nefertiti from ancient Egypt. But I'll also include last week's post The UFO Which Brought The Raelian Elohim To Earth.

Now I don't think the Raelian's have got everything right but what if it's partly true and us humans have been visited by UFOs and therefore other higher levels of intelligence.

This would again tie in nicely with the Ancient Alien Theory that Akhenaten and Nefertiti are not of this world. Some speculate that they were sent to Earth to help us understand that there is but one God.

Let's look at another image of Akhenaten and Nefertiti: 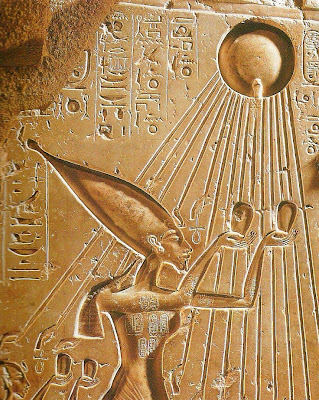 It is said that this engraving shows Akhenaten and his wife Nefertiti praying to the sun-god Aten who is sending his rays to the king and the queen. In their hands they are holding the key of life.

We all seem happy to accept that the disc is Aten, based on the sun, but what if it is actually a UFO! If viewed from above it's almost a traditional flying saucer! 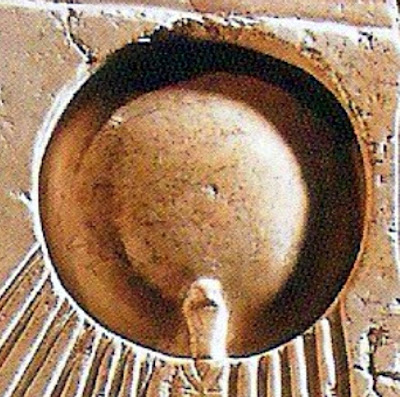 And this would then tie in nicely with the image of the Raelian UFO. Imagine looking at it from above. 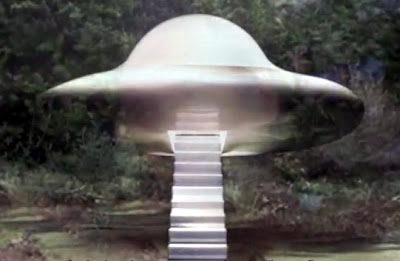 Crazy? Maybe, but there again ... maybe some of the UFOs are time travellers from Ancient Egypt ... maybe  ... who knows ...