Sometimes Things Happen Because They Are Meant To Happen 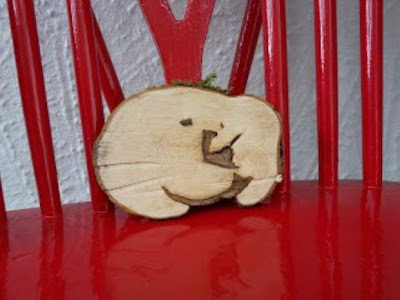 I was looking through some of my old posts from 2010 and I came across the one from when my wife was trapped in Germany because air flights had been stopped due to Icelandic volcanic ash.

About Karin not being able to get home to England I wrote:

"... I went for a walk. Outside of my front door was a pure white feather. I have mentioned white feathers in previous posts and how, for my wife and I, they are a symbolic positive sign.

I walked up the valley where I live and saw a piece of wood in the road (see photo above). It was a cross section of a tree which must have been cut down, though I couldn't see from where. 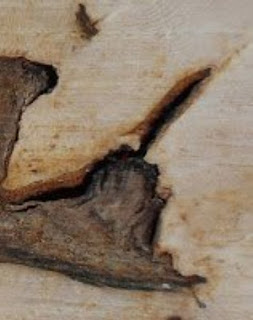 Then I noticed something else - there looked to be the shape of a volcano spouting ash or something on the wood."

All in all Karin was unexpectedly in Germany, where she was visiting her brother, for nearly a month. Her intention had been to visit for just one week.

Looking back on all of this with hindsight it turned out to be right that Karin should stay with her brother for a longer than expected. A few months later he died.

Karin and her brother weren't extra close, mainly because of a nine year age difference and her choosing to live in England. I remember though that when she finally got home she told me how her brother had tears running down his cheeks when she left, which was completely out of character.

To get to the point of what I'm trying to say, it does seem that sometimes things do happen because they are meant to happen - almost fate.

By being in Germany for so long Karin spent a lot of one-to-one time with her brother and they got on really well with lots of talks and walks. It was if her brother knew this would be the last time they would see each other.

I'm not saying one minute that the volcanic ash blew up to keep Karin in Germany. But the time she chose for her German visit may have been influenced by - well I'm not sure what. Maybe precognition or pre-programmed fate ... who knows.

It does seem, though, that outside influences can cause things to happen in certain ways, often for the best - but not always so.

As for the white feather and the piece of wood I found, perhaps these were symbols or indicators that the situation was under control and was happening for a reason. In this case so that a brother and sister could be together for one last time.

And going back to my 2010 post. I ended it by saying how I finally picked up Karin after her flight back to England, "The only odd thing was that, when we arrived home in the early hours of the morning (3am), the feather was no longer on the red chair. It had disappeared."