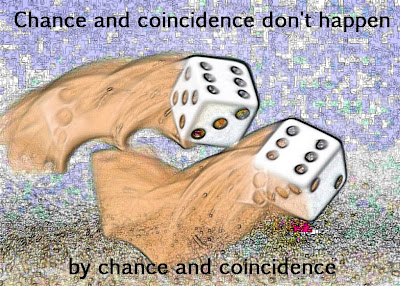 I was reading in a newspaper magazine how Clare Balding became a sports presenter. For those who don't know of her she made a big name for herself in the UK following the London Olympics.

Though not my personal cup of tea, the general opinion is that she did an excellent, professional job. So much so that she never seems to be off the television screen ever since, what with interviews, quiz shows and so on and so on.

Anyway, the point is that she says that she got into becoming a broadcaster purely by 'chance'.

Following her graduation from Cambridge University she was enjoying a day at Windsor racecourse. This is where the 'chance' came in. While at the racing she was introduced to the BBC racing correspondent Cornelius Lysaght.

They chatted about horses - Clare's father and grandfather trained horses and she was an amateur jockey - and Lysaght asked her if she had ever considered a career in radio as he was looking for a racing reporter.

Clare writes in the newspaper, "It was this chance meeting that changed my life and gave me the broadcasting career I have today ... I now have the most wonderful life in the world and last year was the biggest year of the lot. I was incredibly excited to be covering the Olympics for the BBC."

It's the 'chance' factor that interests me.

Was this chance a nudge from fate or was it created by Clare herself?

With coincidence or chance I feel that there are two main ways these come about, though there are also perhaps many sub-divisions.

Firstly we create chance, coincidence and synchronicity ourselves by our thoughts, actions and deeds. If we visualise something properly, or think along certain lines whatever it is must come about - as long as we allow the universe to do it's work without hindrance.

We should therefore visualise and then release the thought, request or idea completely. The universe, for want of a better description, will then swing into action - often by what many would call chance or coincidence. We may bump into someone out of the blue, read something in a magazine, switch on the radio at the 'right' time and so on.

Secondly chance, coincidence and synchronicity come about from an outside source - the universe itself. We are helped, say, into a situation that is beneficial to us, or perhaps guided onto the course we should be following, to justify our purpose on Earth at this time.

Everything that happens to us happens for a reason. It's either self-produced or from a higher level. As I said, I believe there are also many subdivisions, too many to try and list here.

But chance and coincidence don't happen by chance or coincidence. They are for indicators and guidance along our path. As we have free will, it's our choice as to whether we can be bothered to follow them or not.