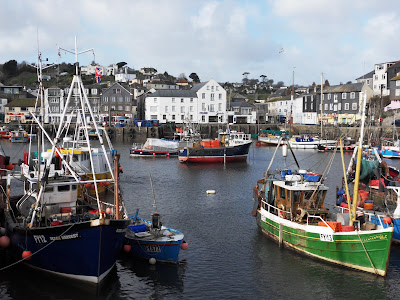 It's winter here in Cornwall but at the time of writing this it's actually dry, but very cold. Karin and I decided to head down to Mevagissey, which is about 7 miles from where we live, for a walk round the harbour. 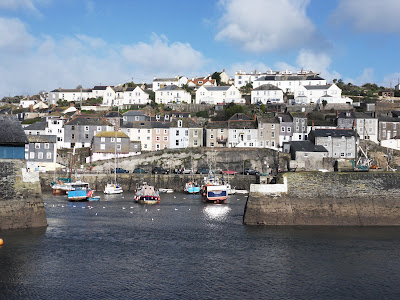 Mevagissey is a small fishing village, though today is mostly known for tourism. In the summer it's heaving with visitors but today there's hardly anyone about - which is nice!

The strange name of Mavagissey is a combination of two saints: St Meva and St Issey. The 'g' in the middle is taken from the word 'hag' which is the Cornish word for 'and.' 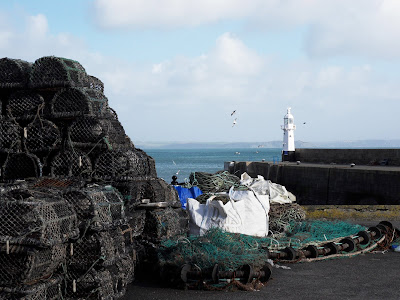 A settlement has been here since the Bronze Age but the first mention of the name was in 1313.

It is still a working fishing harbour as can be seen by the photo above, and the picture below shows the buildings where fish are landed for sale. 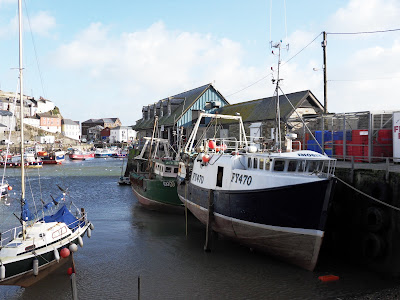 Mevagissey has an inner and an outer harbour. The beacon at the end of the outer pier shows the way for boats. On a clear day a lot of the coastline can be viewed from here. 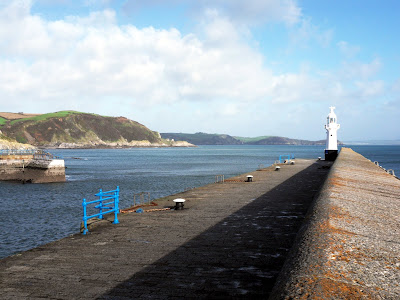 If we venture down the narrow streets away from the harbour itself there are old pubs and shops. The Fountain Inn to the left of the photo below dates back to the 15th century and ... 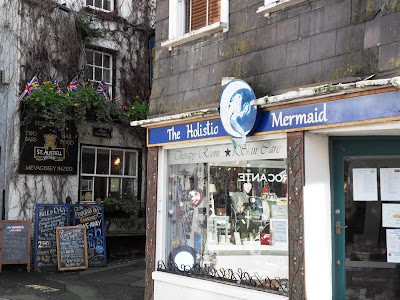 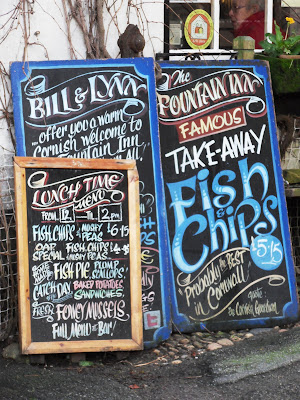 There are other pubs like the Ship Inn and several restaurants and small take-a-way shops. 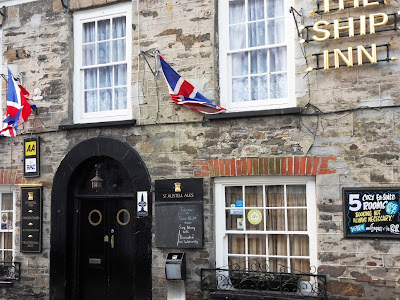 Tourist usually flock to the small shops with pottery, artwork, antiques and the like. 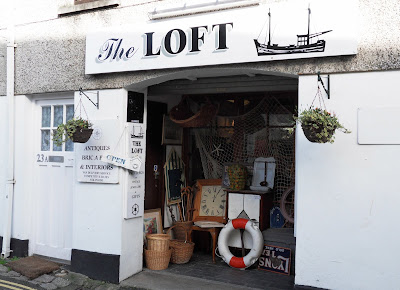 And a final look for today at the inner harbour and some of the small boats. 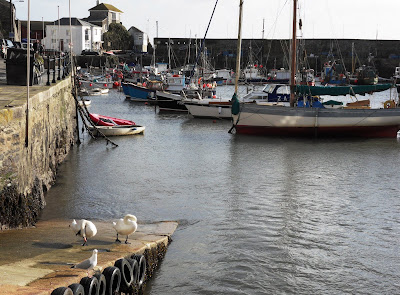 Other Cornwall Posts And Photos:
The Holy Well Of St Sampson At Golant In Cornwall
The Magic Of Fowey Cornwall
Menabilly Daphne Du Maurier's Manderley In Cornwall
The Cornish Mystery Of Trevethy Quoit Stones