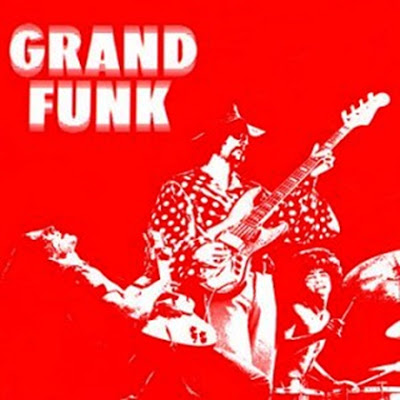 I have had some email correspondence with Jeff Terrell from Indiana, U.S.A. who has a life long interest in synchronicity. So much so that he has developed his own saying: "Synchonicity is God's way of saying you're onto something."

Jeff sent me some of his personal synchros and, with his permission, I have given one of his examples below.

Early in the day, one of my other friends sent me some videos of 'new' bands he thought I'd like. They reminded me of Grand Funk Railroad, specifically their 'Red' album, which I hadn't listened to in over 40 years. So I decided to download it and then play along with it. A one off event and unusual for sure.

Later in the day I visited my other friend.

"Nothing ... I was just jamming to some ancient Grand Funk Red album stuff this morning ... haven't done that in ages...."

So we went onto the Internet and discovered that, yes, they were playing for $90 a person, but without their star player.

That was enough for a minor event. But there's more.

My friend was made rather angry by the fact that they were charging so much without revealing that the main guy wasn't going to be with them: "Imagine paying $90 and finding out later," he said. "I'm going to post something about this on my website right now and see what people think."

So he did. Right then.

Then we go back to talking. Not long after, his phone rings ... his eyes get big ... he speaks for a few minutes before it's apparent what's happened.

The 'main guy' in the band was a chap named Mark Farner and his wife was on the phone. She said a friend of theirs had just been on the website and seen the post about Grand Funk, thought it would interest them, so he sent it to them. Reading it, they decided to call to discuss.

To make a long story shorter, she put Mark Farner on the phone and 20 minutes later they had made an agreement for him to come do an interview. (Which was done later that week.)

I shook my head in amazement of synchronicity and went home and called my first friend who had started the ball rolling with the sent videos.

I told him what had just happened and he said, "Well prepare yourself ... you won't believe this ... I was just out in the garage cleaning out my old van. I found an old 8 track of the Grand Funk Railroad Red album. I hadn't heard it in years, so I plugged it in, since the player still works, and listened to the whole thing while cleaning."


Other Coincidence Stories:
Jimi Hendrix And Coincidences Through Time
Famous Coincidences: Michael Jackson's Will And Memorial Service
John Lennon And The Coincidence With Number 9