An Ode To Coincidence Via The Lord of The Rings 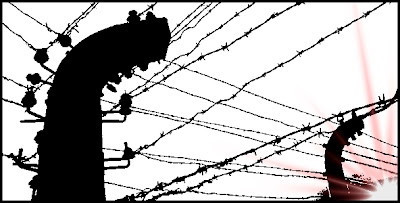 It's strange how things come about. I was wondering what to write about today when I came across a small coincidence about JRR Tolkien. I'm not sure how, or indeed why, but this led me to Corrie ten Boom - someone I didn't know much about previously.

But first the small Tolkien coincidence. This is the start of his epigraph to The Lord of The Rings:

Three Rings for the Elven-kings under the sky,
Seven for the Dwarf-lords in halls of stone,
Nine for Mortal Men, doomed to die,
One for the Dark Lord on his dark throne

That's it, but as I said, this led me to Corrie ten Boom because I noticed that she had written a poem - said to be her favourite - called Ode to Coincidence. 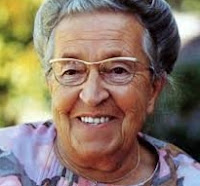 I'll quote the poem in a moment but first brief details about Corrie. Her first name was Cornelia but she got called Corrie and was born in Amsterdam on April 15, 1892.

Her claim to fame is that, along with her father and other family members, she helped many Jews escape the Nazi Holocaust during World War II.

I read in a short biography of her and that: "During 1943 and into 1944, there were usually 6-7 people illegally living in her home." She and her family were later imprisoned for this.

Corrie later wrote a book about her experiences and ordeal called The Hiding Place.

When made a prisoner by the Nazis a clerical error allowed her to be released from the concentration camp one week before all women prisoners her age were executed. Being very religious she said of this, "God does not have problems. Only plans."

This is her poem:

Ode to Coincidence
My life is but a weaving, between my God and me
I do not choose the colours, He worketh steadily.
Off times he weaves sorrow, and I in foolish pride,
Forget He sees the upper, and I the underside.
Not till the loom is silent and shuttles cease to fly
Will God unroll the canvas and explain the reason why.
The dark threads are as needful in the skilful weaver's hand
As the threads of gold and silver in the pattern He has planned.

There are many quotes attributed to Connie that make a lot of sense. Here are a few.


"Worrying is carrying tomorrow's load with today's strength - carrying two days at once. It is moving into tomorrow ahead of time. Worrying doesn't empty tomorrow of its sorrow, it empties today of its strength."

"How often it is a small, almost unconscious event that makes a turning point."

"Don't bother to give God instructions; just report for duty."

"Happiness isn't something that depends on our surroundings - it's something we make inside ourselves."

"Memories are the key not to the past, but to the future."

"Forgiveness is the key that unlocks the door of resentment and the handcuffs of hatred. It is a power that breaks the chains of bitterness and the shackles of selfishness."

"The measure of a life, after all, is not its duration, but its donation."

"Worry is like a rocking chair-it keeps you moving but doesn't get you anywhere."

Other Posts With A Touch Of Poetry:
A Chaffinch And Poems Exhumed From The Grave
The Wedding Poem Coincidence
Death Is Nothing At All