Author's Experiences Led Her To Believe In Life After Death 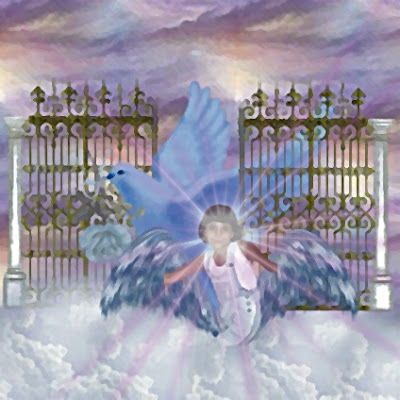 Author Fay Weldon has reached her ninth decade and doesn't fear death. She believes we live on in an afterlife - though she has no idea where this 'somewhere else' might be.

Fay was brought up in believing that the laws of physics are immutable and are the same throughout the Universe - and yet somewhere there is still an afterlife.

She bases her beliefs, that we continue after death, on her personal experiences.

Firstly on near death experiences (NDEs). To quote her words:


"The first came when I was 17 and under anaesthetic for a knee operation. I felt myself hurrying down the tunnel of death towards a light at the end: the feeling of euphoria, or being united in companionship, was so vivid as to be unforgettable and convincing.

"This left me with the feeling that the Universe is benign, and I've been afraid of very little since."

Her second NDE was when she was in her 70s and her heart unexpectedly flat-lined. This is what she experienced: 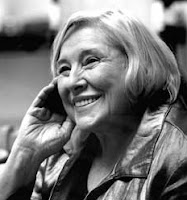 "Under anaesthetic in hospital, I saw the gates of Heaven, in garish colours rather than pearly white. I was being dragged through while others - I couldn't see their faces - tried to hold me back.

"Staring through the haze, I caught a glimpse of the other side. I had a clear impression of the same old familiar struggle going on there as here, good and evil mixed, one step forward, half a step back.

"Waking up in intensive care I heard myself say: 'Oh I see, just more of the same!' Whatever it was, Heaven or Hell, it didn't seem too bad, and it led me to the notion that death was just the continuation of life by other means."


"I accept that the unusual happens. For example, that the man in the preacher's hat whom I saw winking in and out of nothingness at the end of St Andrews pier in 1951 was, indeed, the parson from Dundee who drowned according to legend, on his way to preach to the students one Sunday in the year 1551.

"I felt spooked but ... at the time he just looked as a man would have looked 400 years earlier."

The NDEs and the ghostly sighting means she no longer fears death. She also claims that loved ones visit us after they die.


"You're lying asleep or walking down a street when they make themselves known, as if tapping you on the shoulder and saying, 'Hi, it's me. I've come to say goodbye.'

"You look around and there's no one there, yet you heard them clear as a bell. It's a kind of brushing of the spirits that puts grief to rest; a sudden, clear unexpected awareness of their presence for a second or two before they go off somewhere else."

And that is why Fay Weldon believes there is life after death - her experiences and feelings tell her this is the truth. Maybe we all get such glimpses throughout our lives and overlook them as tricks of the mind or imagination - but they may well be something more meaningful.

Fay Weldon's latest book on Amazon: Habits of the House

Other Posts About Life After Death:
Death Is Freedom And All Is Well
The Over Powering Love Of Near Death Experiences
Where Is Heaven?

Email ThisBlogThis!Share to TwitterShare to FacebookShare to Pinterest
Labels: Ghosts, Heaven, Life After Death, Messages from the dead, NDE, Near Death Experiences