The Fleeting Reality Of The Wayfarer 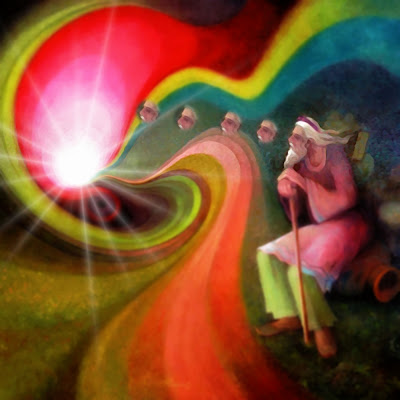 You, wayfarer in the universe
who go through life like a meteor,
make sure your fall into the void is not in vain
do not go straight from nothing to nothing
but give a meaning to your fleeting presence
in this fleeting reality
cultivating the most sublime of achievements
and the highest goal of Consciousness
which makes Matter great:
love through non-attachment.
A Buddha is inside you:
make him grow until you become
another of his incarnations.
In the eternal flow from nothing to nothing
make sure that between one nothing and the other
Consciousness and Love
take their place in the evolution
of this universe.

I'm not sure who wrote the above and I can't trace it on the Internet. I don't even know the title of the piece. I just felt I should include it in a post today, for some reason.

Other Quotes Posts:
An Ode To Coincidence Via The Lord of The Rings
Top Ten Zen Buddhist Quotes Of Taisen Deshimaru
Life Is But A Dewdrop On The Lotus Leaf: 20 Quotes On Life