The Ghost Who Needed Help For Her Baby 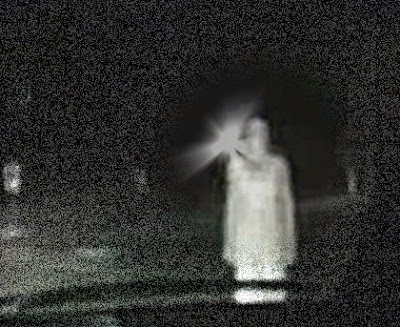 This is a third hand ghost story via Ron, who heard the tale from a friend. Though supposedly true I can't 100% vouch for this - but it sent a chill up my spine!

When I tried to check it out I found a similar story on Wikipedia. There's also a resemblance on a YouTube video, Ghost Girl In Car Teresa Fidalgo - which must surely be fake! But, whatever, here's the story:


"This happened in the early hours of the first day of 1997 in a region of Portugal called Sintra, which has always has been connected with mysticism. If you ever get the chance to travel through its forest roads, you'll understand why, as the atmosphere there can be particularly impressive with its fog-filled roads and luxuriant trees that create a fantastic enchanted atmosphere as well as a haunted one, depending on the day.

"In a way, it's the worst place for someone to have a ghost sighting, because the whole place is asking for it and nobody will ever believe you because of that. (Check Roman Polanski's movie The Ninth Gate, which was partially filmed in that area and you'll understand.)

"At about one o'clock in the morning during the first hour of the first day of January, 1997, three friends had left a New Year's party and were driving through the woods heading for another party. Nothing was out of the ordinary, and from what I was told, it was a clear night with no fog, rain or anything else that could trigger the imagination.

"Then, all of a sudden, they all saw a woman on the road, running toward their car hysterically screaming, 'Please help my baby!'

"They stopped the car thinking they had hit the woman as they didn't have time to slow down. But when they got out of the car, there was nobody outside. But there's more...

"They got on the road again. As they approached a very tight and narrow curve, they saw an accident by the side of the road. A car had crashed and the occupants were dead. It was a couple, and the woman had been decapitated - the same woman they had seen on the road screaming, 'Please help my baby!' And yes, there was a baby in the back seat, still alive - and the only survivor of the accident.

"When the medics arrived on the scene, they said the couple had been dead for at least two hours before the friends had seen the woman on the road."