Sunshine Brings Out The Magic Of Charlestown Cornwall 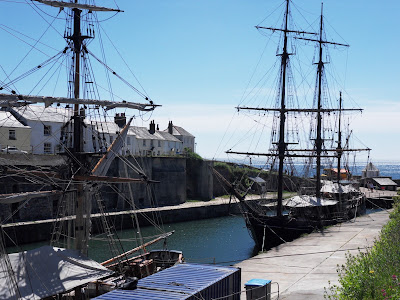 Surprise, surprise, the sun was shinning so we made our way to Charlestown in Cornwall. It's been a small harbour since the late 1700s and is named after Charles Rashleigh, a large land owner back then.

We parked our car in a free space on the road leading to the harbour and, of course, it was outside of a cottage numbered 76. 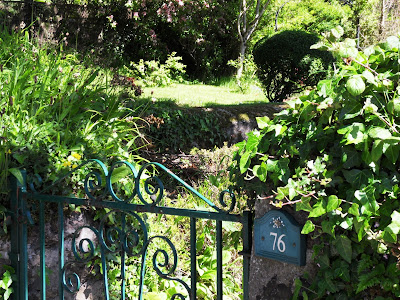 We then meandered our way to the sea passing craft shops and the likes ... 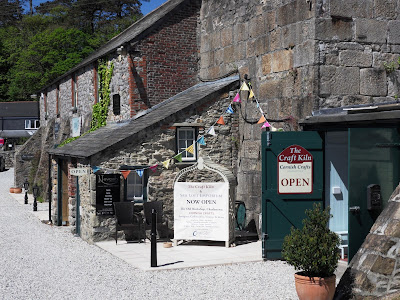 ... before getting our first glimpse of the sea and the Tall Sailing Ships which frequent the harbour. 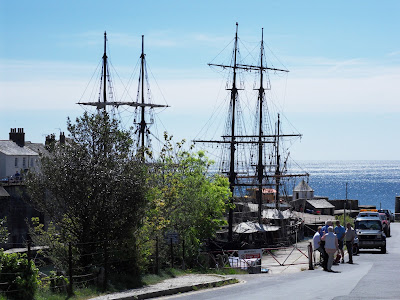 The harbour was originally used for exporting china clay all around the world. It was known as white gold back when the harbour was created and made fortunes for the entrepreneurs of the day. There is still a china clay chute on one of the harbour walls. The wagons would unload and the clay went down the chute onto the waiting ships. 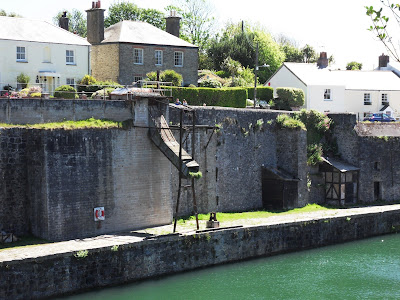 The Pier House, seen to the left of the photo below, was built in 1794 and is now a pub, restaurant and hotel. 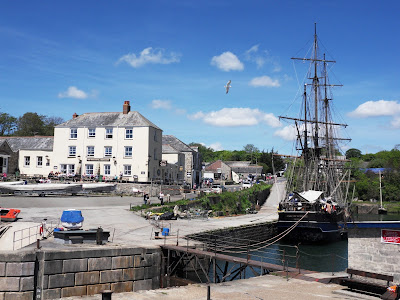 The entrance to the Charlestown harbour isn't very busy nowadays, so much so that ... 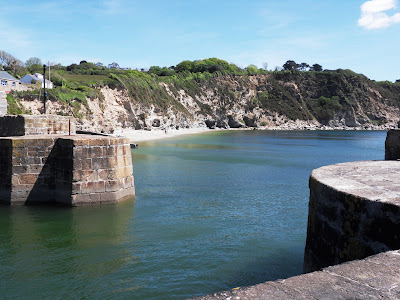 ... local boys jump from the walls into the water - strictly against the harbour rules and regulations, of course! 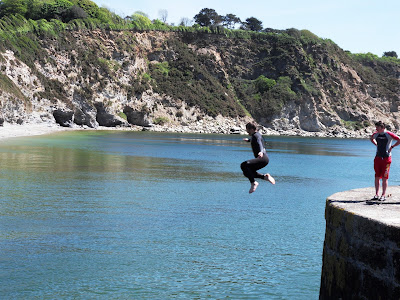 Next to the harbour is a small pebble beach ... 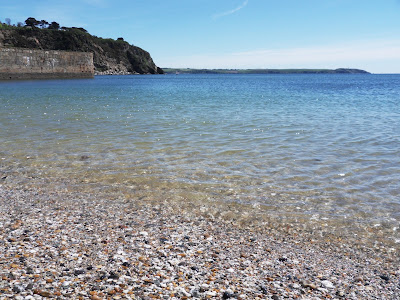 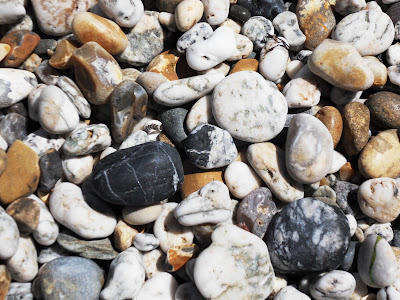 Looking west and east are cliffs which help to shelter the harbour. 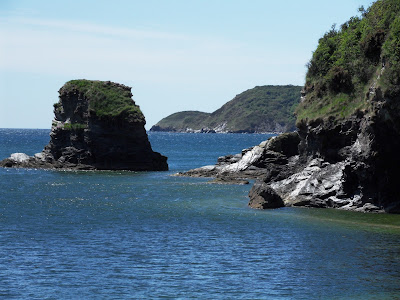 But it's the Tall Ships which dominate most of the harbour views ... 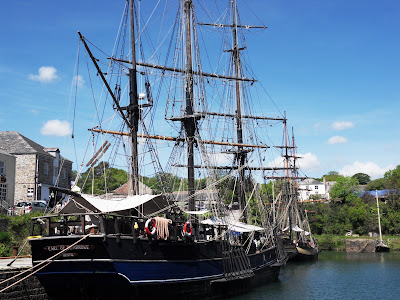 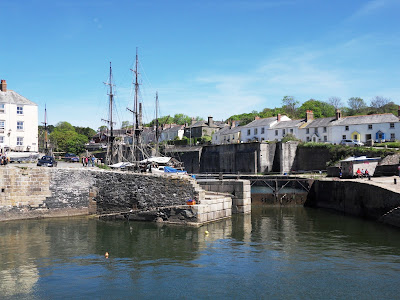 After spending several hours around the harbour and walking the coastal path we made our way back to our car - passing the Shipwreck and Heritage Centre ... 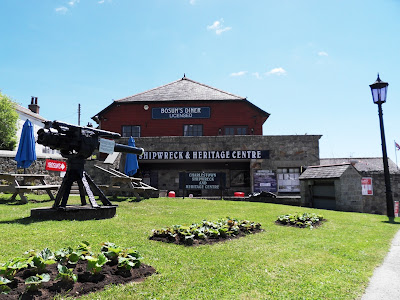 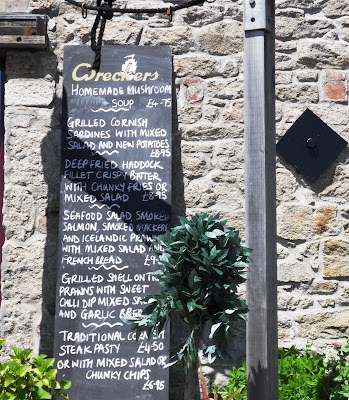 ... and we finished the visit with a look at the local church St.Paul's 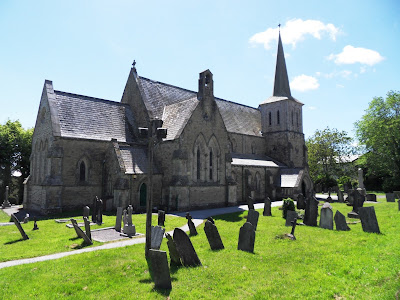 As for the Tall Ships of Charlestown they have been used in many movies including: Moll Flanders, Return to Treasure Island, The Eagle Has Landed, Shackleton's Endurance, Frenchman's Creek, Odyssey, The Onedin Line, The Three Musketeers, Mansfield Park, Longitude, A Respectable Trade and Rebecca.

Several movies have featured Charlestown including Tim Burton's Alice in Wonderland, The Curse of the Black Spot, an episode of the Dr Who television series and the fantasy adventure movie Mariah Mundi and the Midas Box, to be released in 2013.

When the sun shines so does the magic of Cornwall!