The Nazca Lines Pulls In The Coincidences 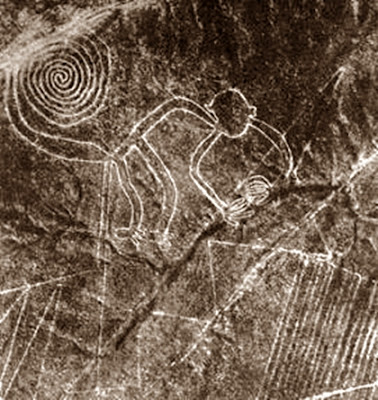 I was reading The Power of Coincidence and it mentioned the Nazca Lines in Peru and how Maria Reiche, a German mathematician, had devoted most of her life studying these lines.

So in the world of coincidence one thing often leads on to another with the aid of synchronicity. And when I was looking for a photo to include on this post I searched on Google Images and the first one I clicked on was the one I have used. This turns out to have been released to the Public Domain by - yes, you've guessed - Maria Reiche.

Other Coincidence and Synchronicity Stories:
Football Links To My Old Home Town Coincidence
Coincidence Of Repeatedly Seeing The Numbers 711
The Biggest Coincidence There Has Ever Been