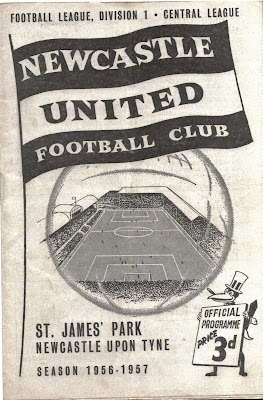 I'm a bit of a football fan - that's soccer, for those who get confused as to what football really is!

My favourite club as a child was Newcastle United, even though I lived in west London and was within reach of the likes of Arsenal, Chelsea, Spurs, QPR and so on. I think the reason must have been because Newcastle was where my mother was born.

Anyway, I was at a car boot sale and saw the Newcastle United programme as at the top of the post, so I bought it for £1 thinking it might be of interest. I've already got quite a few old football programmes I've collected over the years.

I didn't look at it properly until I got home. It was then I saw that the team playing wasn't actually Newcastle. Their ground was being used as a semi-final for what was then known as the Amateur Cup.

Bishop Auckland were playing Hayes - and this is the coincidence or synchronicity because Hayes is where I lived as a child. 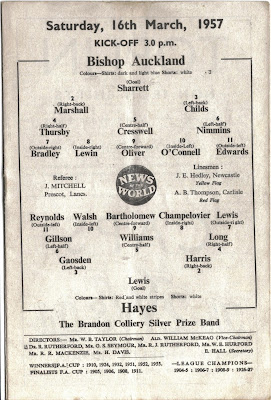 And to show my childhood Newcastle United credentials, below is a scan of the cover of a booklet I wrote when knee high to a grasshopper.

Strange the links we have that never go away. 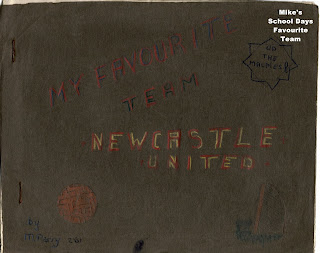 P.S. In case you were wondering, I found out on Google that the score was: Bishops Auckland 2 Hayes 0. And I thought I'd better add that Newcastle is about 450 miles north-east from where I now live and Hayes is about 300 miles east. So quite distances to be connected.