The Sixth Stage Of Dying Is The Afterlife 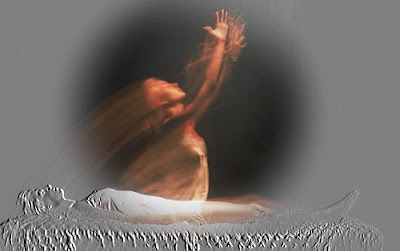 It's interesting how many of us have a fear of death and often don't want to even discuss the subject. The medical profession have even dreamed up a word for the condition: thanatophobia (from the Greek word for death, Thanatos).

It got me thinking about this after I'd read a little more about Elisabeth Kübler-Ross the Swiss American psychiatrist who was a pioneer of near-death studies.

According to her research there are five stages a terminally ill person can go through - though other 'experts' will disagree with these findings. In brief Kübler-Ross' stages are.

1. Denial and often the avoidance of others. The person will say such things as, "It can't happen to me," and, "I won't talk about it."

2. The denial turns to anger: "Why me? Why not someone older, less useful."

3. Next comes a form of bargaining: "If I do as I'm told, you will make me better won't you?" Or maybe something like, "I'll do anything for a few more years."

4. Depression sets in: "I'm going to die soon so what's the point?"

5. And finally comes acceptance: "It's going to be okay." This is the interesting stage for an outsider because this is the time when a dying person may hear voices or see visions of dead relations or friends who, seemingly, have come to escort him or her into a new existence. They may also talk about recurring images of tunnels, lights, feelings of peace - which are similar to those who have had out of body experiences.

Kübler-Ross believed these out of body experiences to be genuine proof of an afterlife. She encountered many such stories where patients clinically 'died' but were subsequently resuscitated. According to her findings many were quite consistent about leaving the body and experiencing great happiness, even excitement. Many never wanted to 'come back' but usually did so because of a sense of responsibility for a loved one who would be left behind.

This all sounds very happy clappy, but Kübler-Ross also based her beliefs on her own personal experiences of leaving her body. She felt she had discovered that consciousness can leave the body under certain circumstances as it does finally at death.

One of her own experiences happened on night when she was finding it difficult to sleep. Suddenly: 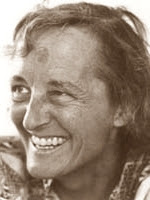 "I had one of the most incredible experiences of my life ... I went through every single death of every single one of my patients. And I mean the physical pain, the ... agony, the screaming for help. The pain was beyond description. There was no time to think and no time for anything except that, twice, I caught a breath, like between two labour pains ... I pleaded - I guess with God - for a shoulder to lean on, for one human shoulder, and I visualised a man's shoulder that I could put my head on.

"And a thunderous voice came, 'You shall no be given." ... I was reliving every single death of my patients.

"Again a voice thundered, 'You shall no be given.'"

Kübler-Ross realised that she had to go through - whatever it was - alone and that no one else could do this for her.

Following the suffering she experienced came an incredible re-birth:


"Everywhere I looked in the room - my legs, the closet, the window - everything started to vibrate into a million molecules. Everything vibrated at this incredible speed ... Behind was a sunrise, the brightest light you can imagine ... the light was full and open, like the whole sun was there ... the vibrations stopped, and a million molecules, including me ... fell into one piece ... and I was part of that one. And I finally thought: 'I'm okay because I'm part of all this'"

What she experienced is what many would call cosmic consciousness, being part of an alive universe - where everything is included from birds to leaves from pebbles to, well, everything there is.

Kübler-Ross, however, went one step beyond this: she also saw spirits of the dead.

In one particular case an ex-patient, Mrs Schwartz, made a visit to thank her for the work she was doing. Nothing strange there perhaps, but Mrs Schwartz had died! As proof Kübler-Ross got her dead ex-patient to sign and date a note. The handwriting has seemingly been compared by experts to that of the dead woman and was verified to be the same.

On another occasion she tape-recorded the voice of a deceased patient called Willie. She said of this:


"I understand that this is very far out, and I don't want people to be less sceptical. I am sceptical myself. The scientist in me needed Mrs Schwartz to sign a paper, though I knew she was in my office. And I needed a tape recording of Willie's voice. I still listen to it and think it's one big, incredible dream. I am still filled with this incredible sense of awe and miracle."

According to Elisabeth Kübler-Ross we have no need to fear death as there is also a sixth stage to the process of dying: the afterlife.


"Learn to get in touch with the silence within yourself and know that everything in this life has a purpose, there are no mistakes, no coincidences, all events are blessings given to us to learn from."
~ Elisabeth Kübler-Ross