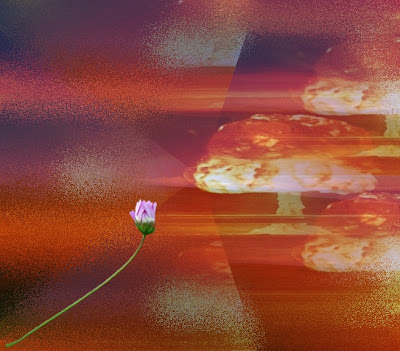 It's grim news today. Armageddon is approaching and life on Earth will cease. Scientists have given us a date so we can get our affairs in order - that's of the financial and residency category as opposed to any romantic couplings.

Oh, and there's another bit of news from the boffins, Armageddon is going to arrive as a result of too little, rather than too much, carbon dioxide in the atmosphere. Now there's a turn up for the books. 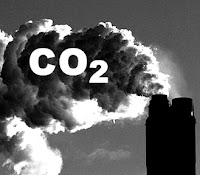 Actually though, life as we know it will conk out in less than a billion years because of that lack of carbon dioxide mentioned earlier. I know the so called experts are trying to cut our greenhouse gases but as the Sun ages it will grow hotter, and this will cause greater evaporation and chemical reactions with rainwater will take away more and more carbon dioxide.

The said experts reckon that in less than a billion years, its levels will be too low for photosynthesising plants to survive - and when that happens, life on Earth will simply cease to exist. Hope they've told the Cockroaches!

And then what? According to the astrobiologist Jack O'Malley-James, from the University of St Andrews in Scotland:


"The far-future Earth will be very hostile to life by this point. All living things require liquid water, so any remaining life will be restricted to pockets of liquid water, perhaps at cooler, higher altitudes or in caves underground."

So where are the rest of us all going to live? I suppose we'll get the local shuttle to another planet. But it might not be that easy. Back to Mr O'Malley-James again:


"When we think about what to look for in the search for life beyond Earth our thoughts are largely constrained by life as we know it today, which leaves behind tell-tale fingerprints in our atmosphere like oxygen and ozone.

"Life in the Earth's far future will be very different to this, which means, to detect life like this on other planets we need to search for a whole new set of clues.

"We have now simulated a dying biosphere composed of populations of the species that are most likely to survive to determine what types of gases they would release to the atmosphere. By the point at which all life disappears from the planet, we're left with a nitrogen/carbon-dioxide atmosphere with methane being the only sign of active life"

Not sure if that really explains everything but at least we have a date for our diaries with 2000002013 AD.

Perhaps it will be a little easier for us if we were to all pre-book a place in that Heaven we often hear about. Better have a look at those 10 Commandments again. 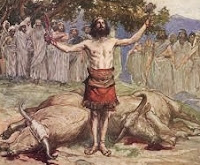 And then we mustn't forget those other Divers Laws to adhere to. Like: "If you buy a Hebrew servant six years he shall serve," and then it appears you have to set him free. And then there's those problems we might have with oxen: "If an ox gore a man or a woman that they die; then the ox shall be surely stoned." It doesn't stop there, of course you have to keep witches in order; "Thou shalt not suffer a witch to live." Problem is I'm not sure I could kill anything. This survival business isn't easy, is it?

Maybe I've gone off on a tangent here but, as a Boy Scout - though many years ago - I remember that it's best to 'Be Prepared'.

Other Armageddon Posts:
The Failed Predictions Of The Jehovah Witness - 1
Creation And Destruction Of The Earth
When Will The End Of The Earth Come?

Email ThisBlogThis!Share to TwitterShare to FacebookShare to Pinterest
Labels: Armageddon