The Lynmouth Flood Coincidence And The Town Today

One of the places we visited while in North Devon was Lynmouth. It's a beautiful spot but is still remembered for the severe floods here back in 1952, as the photo above illustrates. Many lost their lives in one of the worst floods ever known in England.

There is a coincidence attached to the disaster. As mentioned the flood was in 1952 and exactly 52 years later, again on the identical night of the 15th of August, there was another nasty flood at the nearby town of Boscastle in 2004.

The Boscastle floods were like history repeating itself. The only difference being that, by some miracle, no lives were lost.

On part of the river Lyn at Lynmouth there is a memorial garden for those whose lives were lost. 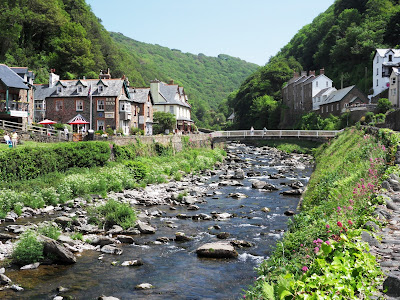 The following photo shows a bed frame that has grown into a tree and remains at the memorial garden. 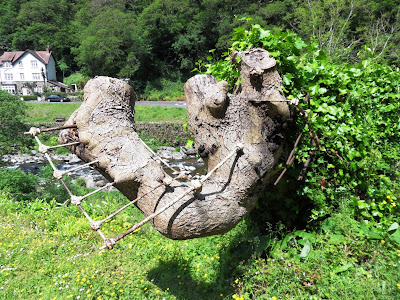 Part of the memorial garden today at the Middleham area of Lynmouth. 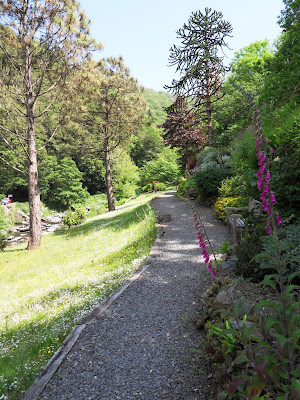 But all is now far from doom and gloom at Lynmouth. It's a beautiful town and tourists flock to enjoy the scenery during the summer months of July and August. The following photos give a taste of the town today.

Lynmouth also has an unusual Cliff Railway that ascends some 500 feet up the side of the cliffs. It was built back in 1890 and is powered only by the weight of water, each passenger car (there are two) counter-balances the other. It's one of the most environmentally friendly ways of travelling as there are no carbon emissions.

The flood of 1952 is still very much part of Lynmouth with a dedicated museum but it's a wonderful place to visit should you be anywhere nearby in North Devon.

Other recent North Devon Posts:
The Red Sky And The Invasion Of The Scarecrows
The Strange Orbs And Mysterious Coincidences Of Tawstock
The Photo Of The Ghost Of Broomfield Cottage Tawstock