The Darker Side Of Synchronicity 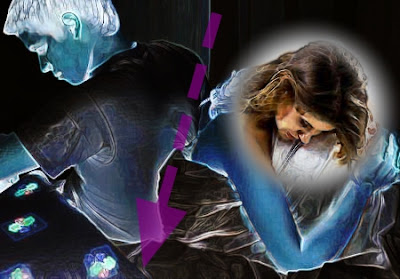 Sometimes it's easy to forget that there can be a negative aspect to synchronicity. An example of this known to us all is the sinking of the Titanic.

The iceberg that was to be one of the causes of so many deaths was created thousands of years ago but just happened to break off from Greenland, while the Titanic was being constructed. It headed toward the North Atlantic and eventually crossed paths with the ship resulting in the deaths of so many passengers.

Had the Titanic kept to its original schedule it would not have collided with the iceberg.

So in this instance coincidences or synchronicity caused many deaths.

In his book The Power of Coincidence David Richo gives a more personal example of the dark side of synchronicity:


"You meet someone who captivates you. By synchronicity you meet up with him or her again and again. You are excited and you presume this is the force of destination.

"You believe he or she is your soul mate but in reality he or she is the trickster who takes all you have and leaves you flat. There was indeed a connection between you but it was not destiny. It was karma.

"You met him or her so you could learn something, not so you could live happily ever after.  This appears to be negative synchronicity but becomes positive when you gain knowledge of yourself from your experience, learn not to seek revenge but let go, and of course, become more careful the next time."

As with everything there are extremes: good and bad, hot and cold so likewise synchronicity can have a negative side but perhaps, as David Richo suggests, this is brought on by karma and is therefore created by our own actions.

The Power of Coincidence on Amazon USA

The Power of Coincidence on Amazon UK