The 1696 Mallorcan Castle Also Used In The Spanish Civil War 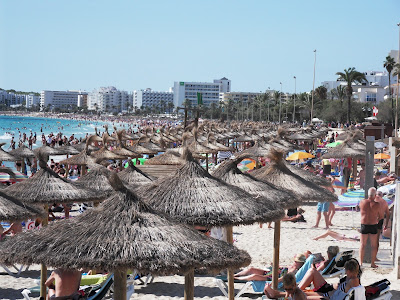 Some of the places we visited on the island of Mallorca were very busy, like this scene at Cala Bona. So we headed to the very end of the seafront, where the sun umbrellas disappeared and the land is as it was before the developers came along to cash in on the tourism. 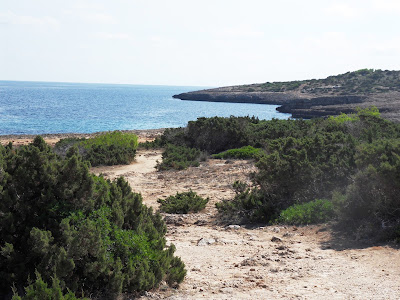 Here there was peace and we left the crowds behind, other than a lone fisherman ... 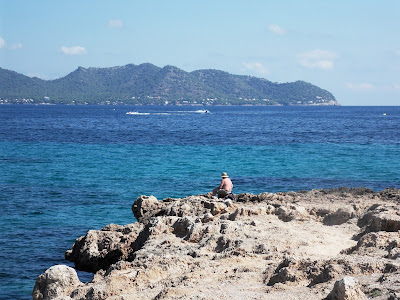 ... and the wild flowers of the headland. 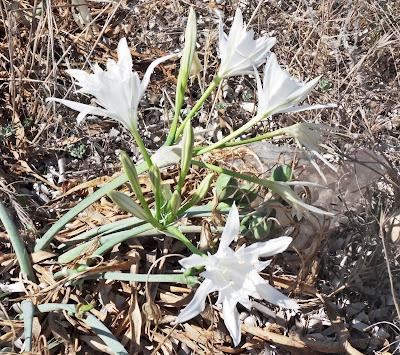 We had heard that on the headland there was an old castle so we followed the rocky tracks amongst the shrub-land and at last had a sighting. 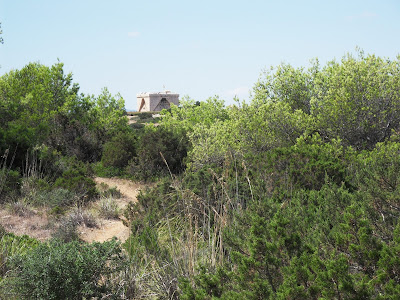 And finally we made it to the Castell de Sa Punta de n'Amer. 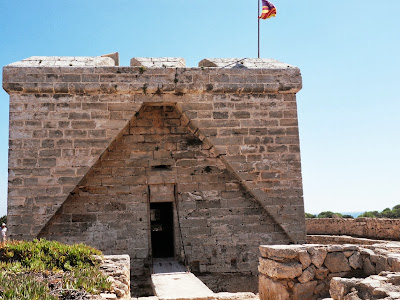 The small castle or fortress was open to all visitors so we went to have a look round, first walking over the drawbridge ... 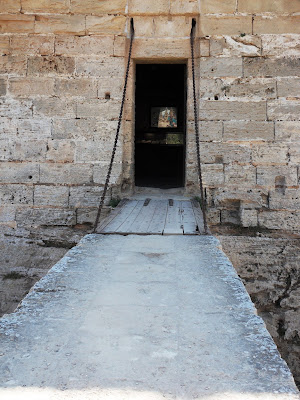 ... and also up to a higher floor via a creepy spiral stone staircase while wondering who else has climbed here since 1696 when the castle was completed. 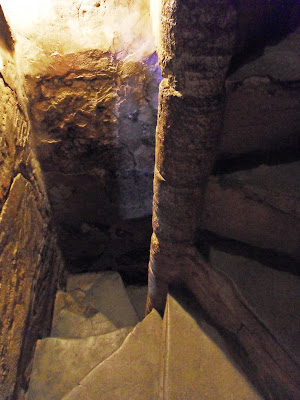 And finally up more steps to the battlements ... 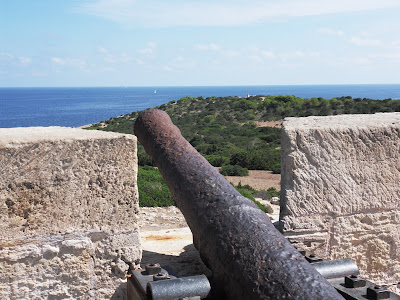 ... with a view out to the Mediterranean sea. 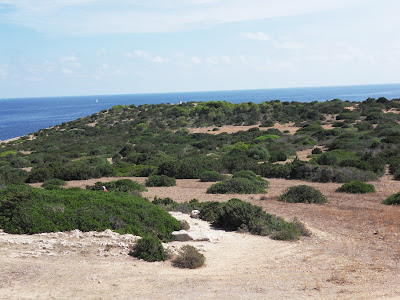 The castle last saw any real action during the Spanish Civil War from 1936 to 1939. The headland was an important base for the army and the castle itself served as a news site for the nationalists. Not far from the castle an annexe was built which served as accommodation for the soldiers. Fortunately today this has been turned into a small cafe/bar/restaurant.

Luckily it was open so we had an ice cold beer and later a coffee while looking out on wonderful scenery - perfect. Other than, of course, we still had a long walk back to where we had come from! 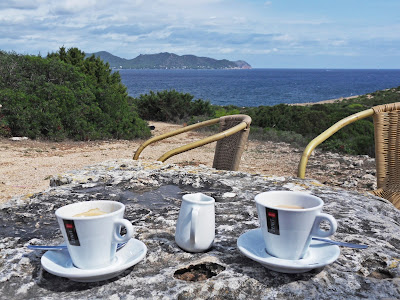 Other Mallorca Posts:
We Stumble On A 3000 Year Old Settlement At S'Illot Mallorca
A Travel Blackout To Cure And Improve Our Tomorrows