Were They Her Brother's Ghostly Footsteps On The Stairs? 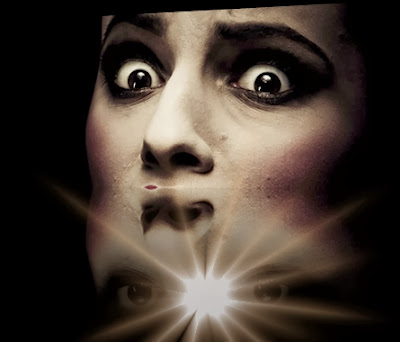 A story today from Tammy Jones which resembles my recent post Ghostly Footsteps On The Stairs.


"I was delighted to read your post as something very similar happened to me and I felt very scared, but nobody I have told believes me.

Me and my husband went upstairs to bed quite late. I was in bed and he was in the en suite bathroom. The only door to this bathroom is in our bedroom and I must also add that we are the only two people who live in our house.

As I lay in bed I heard some footsteps climbing our stairs. I knew it couldn't be my husband as he was in the bathroom. The footsteps sounded as if they went to the top of the stairs and then continued towards our bedroom and then they stopped and all went silent.

My husband eventually came out of the bathroom and I said to him, 'Did you hear that?'

He hadn't heard anything and didn't believe me when I told him about the footsteps. 'You must have been dreaming,' he said but I know I wasn't. To shut me up he looked round the house and everything was in order.

The next night the same thing happened. Only difference was that my husband wasn't in the house. He was at our daughter's flat doing some decorating and wanted to finish the job.

Again I was in bed, it was about 11 pm, and I heard the footsteps climb slowly up the stairs and then disappear. I was so frightened I couldn't sleep.

I told several friends about this but most think it was my imagination or something similar. But there is a further strange thing to this story. Two days after hearing the footsteps my brother, who had been ill with cancer, sadly died.

That's why I was interested to read your blog post as you say you heard footsteps when your mother had only a few days to live. I'd never fully believed in life after death but now I'm thinking that maybe it was my brother visiting me in his spirit before he died.

My husband laughs at the idea but I heard something real with those footsteps."

Other Ghost Story Posts:
Ghostly Footsteps On The Stairs
The Ghost Who Chased A Thief
Kate Says She Has Sex Regularly With A Ghost