He Hypnotised The Young Woman To Do Whatever He Wished 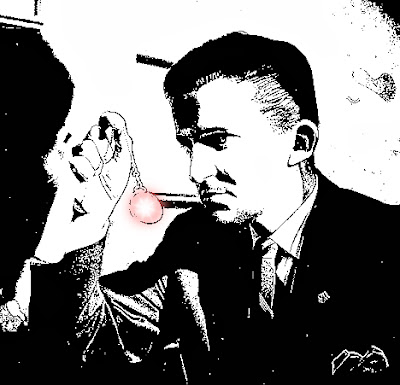 Not too sure what made me think of this subject - just hope it wasn't some outside influence.

The outside influence bit is said tongue in cheek, but I sometimes do wonder about how people can be controlled by others using the power of their mind. Some would call this hypnotism - and this reminded me of a case I read quite a while back about Franz Walter, a so called hypnotist.

This happened in Germany in 1934. Franz Walter was on a train when he noticed an attractive young woman, later to be known in the German press as Mrs E.

Posing as a doctor Walter got talking to Mrs E and found out that she had been suffering from minor stomach pains. During their conversation he is said to have suddenly seized her hand while staring deep into her eyes. In effect he was hypnotising her, which made Mrs E feel 'strange and giddy'.

It seems that she was very receptive to suggestion and Walter managed to obtain her address. Later he wrote to her ordering her to visit him, which she was unable to resist.

When they met up, and under hypnosis, he raped her and ordered her to become a prostitute. When she later married, it was claimed she was induced to make several attempts on her husband's life.

Her husband eventually realised something was dreadfully wrong and reported her behaviour to the police. He also told them that his wife had been duped out of nearly 3,000 marks. He said the perpetrator was a man who had told his wife that he was a doctor, and had given her hypnotic treatments for health problems.

The police psychiatrist, a Dr Ludwig Mayer, is said to have spent over a year de-hypnotising Mrs E and unlocking memories of her ordeals - which Walter had programmed her to forget.


"I'm no longer the same person as before. Something different controls me. I don’t want to do something, but I do it. Or I want to do something, and yet I don't do it ... in the end I thought of nothing more than doing what Walter wanted. If I obeyed I always felt more at ease. Within me I was never free - there was always something oppressing me .... I can't struggle against these pressures ... the pressure vanishes when I obey the commands of the inner voice." (Mrs E as quoted in Hypnotism and Crime by Heinz Erich Hammerschlag)

The trial, in 1936, lasted three weeks. Franz Walter was sentenced to ten years in prison for larceny and for practicing medicine without a license. Mrs E's full name was protected by the court.

Dr Mayer wrote a book in the German language in 1937 where he sought to explain Mrs E's condition while under Walter's influence:


"... a person in somnambulic hypnosis is not able to take up a critical attitude on his own behalf ... subordination to the hypnotiser, and dulling of his consciousness takes place, regardless of whether he is the subject of a legitimate experiment or is being hypnotised for other purposes ... Just as suggestions can be employed therapeutically ... they can equally well be used for criminal purposes."

I would never let myself be hypnotised. I remember reading a theory that once hypnotised the hypnotist would always have some power of you. Might not be true, but we all have so many influences and suggestions bombarding us from the media and other sources it's best to be on the safe side.

Other Random Posts:
How To Find Success With Self Hypnosis
Hidden Lives Stored In Our Unconscious Mind
Astral Travel By Hypnotherapy

Email ThisBlogThis!Share to TwitterShare to FacebookShare to Pinterest
Labels: Hypnotism, Power of the Mind