NDE: Returned From Death As She Had Three Things To Complete On Earth Before She Could Leave 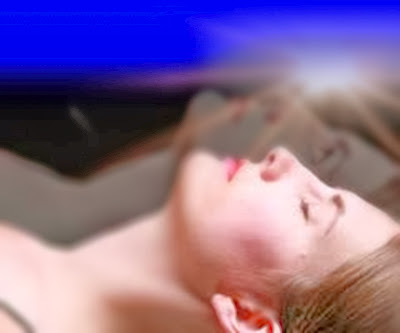 Here's a near death experience story I came across recently that somehow rings true. It's also interesting that the person concerned returned to our world because she had three more 'things' to do before she could move on. This follows the idea that we all have a purpose pre-determined before we are born. We have lessons to learn or projects to accomplish. Here's the story, see what you think.


"I think there should be more research and more scientific work done on possible life after death and any connections to another dimension we know nothing about. I am saying this as I have a personal story concerning my mother.

She 'died' when I was eleven years old. She killed herself by taking an overdose of tranquillisers that our family doctor had prescribed to her. My father's boss had stopped in to see if my dad was at home and noticed my mother laying on the floor. He called an ambulance and she was rushed to the hospital.

The doctors and nurses had her hooked up to the life support systems and heart monitor and were not able to get any pulse or brain activity. They had given her electric shocks to get her heartbeat back with no avail, nothing worked. They placed a sheet over her body and came to see my dad and told him she was clinically dead.

The priest came and asked if she was Catholic and would give her the last rights. He entered her room and began giving them but did not realise she was still hooked up to the monitors. The machine came back to life and started to blip and showed a heart beat. He told the doctors who rushed back in and brought her back to life.

My mother was released after a week and came back home and continued to get counselling for a period of three or four months for her depression. Things worked out for her and she was able to manage in a much better way. It was not until I turned about twenty years old she confided in me about something very personal.

She told me she could remember everything about her death and that she remembers taking the pills and falling asleep. She remembers my dad's boss looking over her, the ambulance attendants checking her and picking her up and taking her into the ambulance.

Here is the weird part she actually tells me she was watching them all do this from above - she is looking down at them and she is watching it all.

Now I kind of thought this was a joke or, you know, maybe the medication she was on or something, or possibly some kind of connection to these people when they were dealing with her. Yet this gets better.

She tells me she can remember the hospital and the doctors working on her and she can remember the moment she died. She felt this tremendous warmth rush over her and could see a light appear in the distance and it was like a tunnel. It was calling her somehow, telling her to go into it to follow the light.

She told me she felt the most incredible feeling of happiness and love and started to go to the light. She was going towards it through this tunnel and all of a sudden there were four beings at the end of the light and they stopped her. They told her that it was not time for her to leave. She needed to complete three more things here before she could be accepted.

She told me that she did not want to leave and pleaded with them to stay, because she felt so wonderful and wanted to stay. They continued to instruct her to remain as she had to complete the three things on Earth before they could accept her and she would know, in time, what these three things were. All of a sudden she awoke and noticed the doctors checking her and asking her some questions.

It was pretty freaky that she could remember all of this and see everything that was happening. I was not sure what to think of this and I told my mother I had heard that some scientists and doctors had worked on this kind of thing. They said that the light that people see is just the last few electric impulses our brains have before we die. My mother insisted that this is not so and that she really experienced a spiritual meeting and conversed mentally with beings and now saw everything in a different way. She told me that she now has no fear of death and if she were to die she would be completely happy and know there is another life after death.

Now I have heard other people having the same experiences and our family ancestry is native, we are Algonquins and Ojibwe by blood. In the native cultures you hear the elders and other native people speak of spirits who talk to them or send them messages of how their life path should be. They have out of body experiences. They make important decisions based on what they should be doing in life before they can meet with their ancestors in the other world.

I tend to believe my mother and I think when it is time for me to die I would like to be happy knowing that there is something more to my being than just living on Earth and dying never to be heard of again." Source

Email ThisBlogThis!Share to TwitterShare to FacebookShare to Pinterest
Labels: NDE, Near Death Experiences