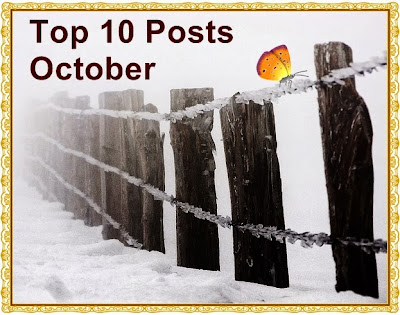 1. The Ghost Who Chased A Thief
I didn't mind being alone but I asked a girlfriend to stay over with me as company. My mum and dad are real worriers, when they go away and leave the house, but I assured them I would make sure everything was okay. And everything was okay for about ten days. Then it happened ... Read full story

2. The White Dove As A Messenger Of The Dead
One day I came home from work and a white dove was perched on the steps that lead up to the front door of my house. No doves or birds of any kind were ever previously on my steps. This white dove would not move to let me by. I made ... Read full story

3. The Mysterious Skull With The Golden Wreath Of Protection
In the second large photo below a coin is also shown which was found inside the skull's mouth. This is a silver tetradrachm from the Cretan city of Polyrrhenia from the period of the Roman Emperor Tiberius (14-37AD). The coin was placed in the mouth of the deceased as Charon's fare for passage to the underworld ... Read full story

5. The Queen's Coincidence Of Names Conspiracy
Is it simply a coincidence that Queen Elizabeth the Queen Mother's name before marriage was Elizabeth Angela Marguerite Bowes Lyon and that the family cook at the time was called Marguerite Rodiere ... Read full story

6. The Concentration Camp Romantic Coincidence
A young man, Antonin Nowak, just 14 years of age was in a concentration camp in Poland, one of the many injustices of World War II. Through the high fence he often saw a young girl of a similar age and ... Read full story

7. The Photo Of The Ghost Of Broomfield Cottage Tawstock
One night, however, Karin had gone up to bed and I was sitting on a settee looking out at the living room. For some reason I felt I should take a photo - the one above - and then a second one as below. These were taken within seconds of each other. Maybe it's a ... Read full story

8. The Unusual Contact With Her Dead Mother
After about 18 months mum took poorly and we nursed her through a difficult time until she eventually died. It was so sad, I felt like a lost orphan. She was always there for me, no matter what I did, especially when I was younger. As we were about to set off to her funeral my husband picked ... Read full story

9. The Reincarnation Of The Cathars Priest Roger de Grisolles
She had been having strange nightmares, since a teenager, where she felt that she was a peasant girl in Toulouse, France in the thirteenth century. In her dream her family befriended a priest named Roger de Grisolles who eventually died ... Read full story

10. The Bizarre 1914 Photo Coincidence
In 1914, just prior to the first world war, a German mother took a photo she had taken of her young son, to a shop in Strasbourg, to be developed. Before she could collect the photo war broke out and for some reason she was unable to return to Strasbourg. Moving forward two years to 1916 ... Read full story