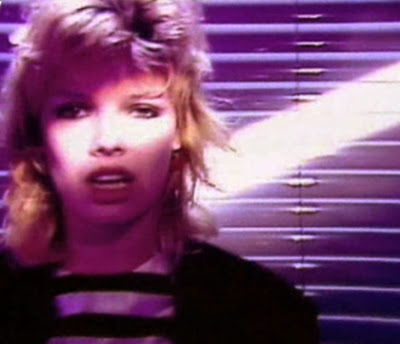 Kim Wilde the pop star, turned gardener, turned pop star has been promoting her new album Wilde Winter Songbook. Her big hit was Kids in America back in 1981 and her version of You Keep Me Hangin' On went to No 1 in America in 1987. This isn't a music or celebrity blog but Kim has been saying that she is quite psychic - which is a theme sometimes on 67 Not Out.

For example she tells how ...


"I always had this strong sense of where my destiny lay, that I was going to be a singer. Not because my dad was Marty Wilde, it was just an absolute truth that I lived with from a very young age. Maybe a part of me was quite psychic, because we have strong psychics in my family, especially on my father's side."

When asked if there is anything else she predicted she answered ...


"I am tuned into it, a little bit. I don't see ghosts and stuff, but I did see something very unusual in the sky once, which I can only say was a UFO. But there were lots of witnesses, it was in the local paper, it wasn't just me.

"It was on the 26th of June, the day after Michael Jackson died, and me and my mate were in the garden and we saw bright lights in the sky. I have to say there's not a day gone by that I don't think about what the hell it was. It was so huge, two of them, going zigzag for 10 minutes and I could feel the momentum and I knew it was really massive. It could be some very clever thing that someone developed somewhere, but I've got a feeling it wasn't."

Maybe nothing fantastic in her quotes but, for me, the fact that she felt she knew where her destiny lay is as interesting as her UFO sighting. This is something I've never personally had - a distinct unshakeable direction in life. I wish I did but as my Australian blogging friend Darren says, everything we do is "one big mind-boggling ripple effect if you really think about it."

So even though many of us may not have a clear direction in life we are still influencing the people we meet and make contact with whether we realise this or not. Whose to judge that our purpose is any less important than some power driven politician or pop star.

We all have an important role to play.


Other Recent Posts:
NDE: Returned From Death As She Had Three Things To Complete On Earth Before She Could Leave
The Real Entity Story Of The Exorcist
The Dream Precognition And The Double Hanging In Bodmin That 25,000 People Came To Watch